Two 2011 Fellows of the San Diego Leadership Alliance Institute have been appointed to serve on commissions in the City of San Diego.

Norma Rodriguez has been appointed to the City of San Diego's Commission for Arts and Culture, which advises the Mayor and City Council on promoting the region's artistic and cultural assets, integrating arts and culture into community life, and showcasing San Diego as an international tourist destination. Norma is a Community Organizer at the Center on Policy Initiatives. Her pre­vi­ous work expe­ri­ence includes grass­roots orga­niz­ing mainly focus­ing on immi­gra­tion issues and civic par­tic­i­pa­tion.

Matt Ellis was appointed to the Sustainable Energy Advisory Committee. This Committee addresses the City's Climate Action Plan, a critical document setting the City's long term strategy around a number of far-reaching matters related to--among other issues--growth and the environment. Matt has just completed a term on the Funds Commissions, and is the Associate Director of Sustainability at CB Richard Ellis (CBRE), a commercial real estate services firm.

Both Norma and Matt were nominated to their respective positions by Interim Mayor of the City of San Diego, Todd Gloria, and their appointments were confirmed by votes of the City Council.

But Boot, who's 32, didn't come out of nowhere. In 2010, she was selected as a fellow for the San Diego chapter of the New Leaders Council, which aims to train "progressive political entrepreneurs" for leadership roles, elected office among them. She's also a founding member of Run Women Run, a local organization focused on getting politically progressive women in office. She was student-body president at the University of Michigan, where she earned her undergraduate and law degrees. There, Boot founded the Students First party and recruited a slate of candidates. 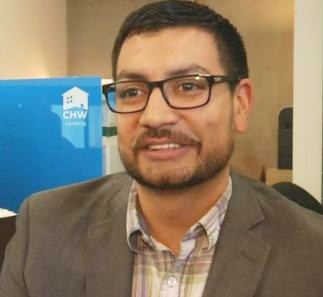 Ali Tarzi - a 2013 SDLA Fellow and Associate Vice President of Classes and Coaching at Community HousingWorks - spoke with NBC San Diego about a Trulia report that lists San Diego as 5th least affordable housing market for the middle class in the nation.

Tarzi says the recent rise in home prices have left a lot of people waiting for a housing opportunity to come along that fits their budget.

"We have a lot of families who want to take advantage of the low – still low interest rates, but going up – but still historically low. They're ready; they even have their down payment, they're just priced out of the market and there's nothing available," Tarzi explained.

But, for those who don't own homes, Tarzi says there are some benefits.

"Renters have the freedom to move where work is, and where the jobs are," Tarzi said.

However, there are some downsides to renting, including dealing with the whims of a landlord since renters aren't necessarily able to lock-in their expenses for housing.

"What we're noticing is increases in their rent," said Tarzi. "So every time they sign their lease agreement, [rent] bumps up a little bit."...