Below is a report on the diversity of the San Diego Leadership Alliance. You can view a PDF version here. 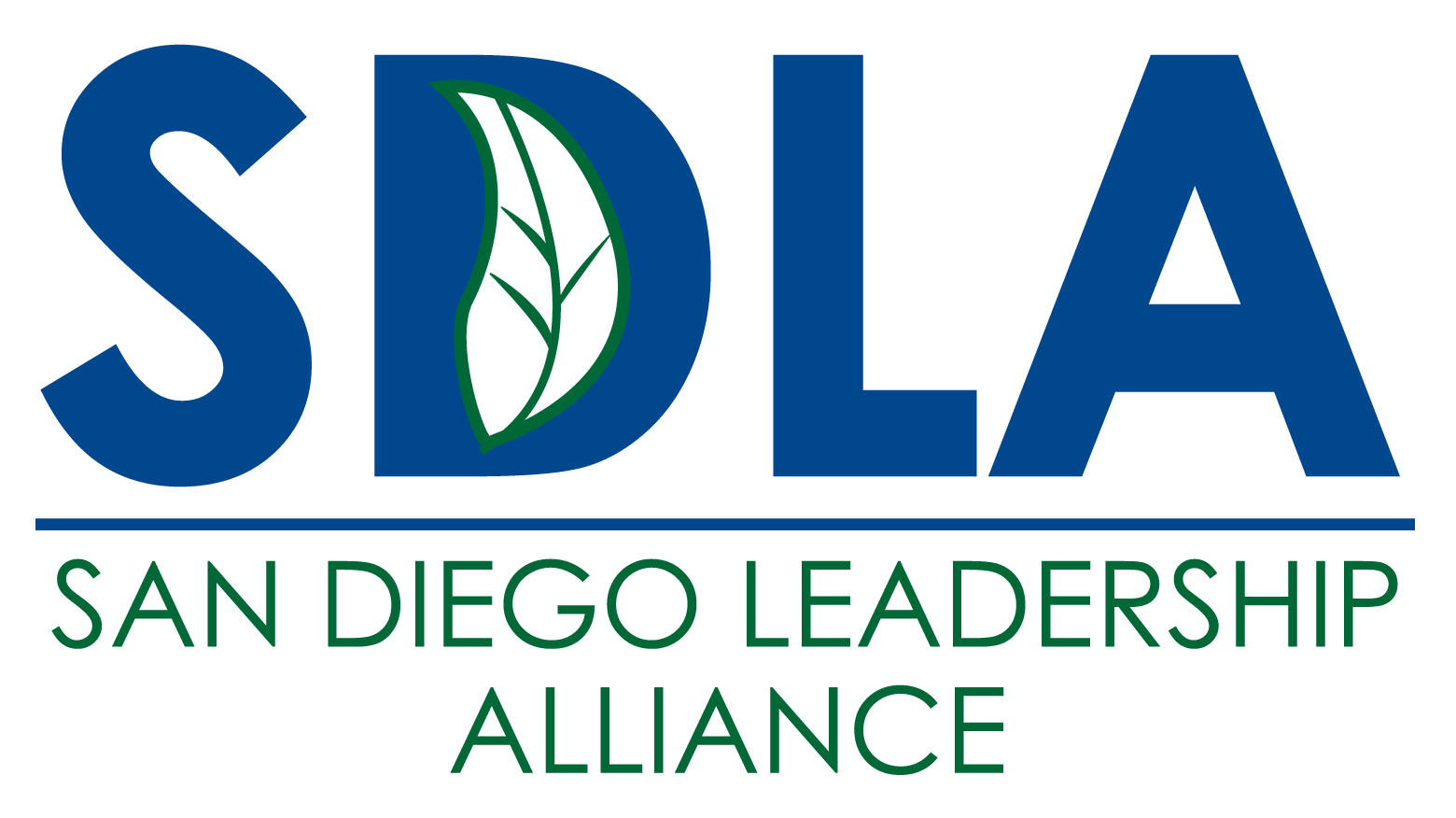 The San Diego Leadership Alliance (SDLA) has existed since 2009. We have recruited seven classes of twenty Fellows for our signature Institute program, starting first in 2010. The Institute program provides progressive young professionals with the skills, relationships, and opportunities to make change in their community.

This report details key demographic details self-reported by the 140 admitted Fellows after they have been invited to join the program. It is intended to be used by the SDLA board, its supporters, and the general public, to understand the makeup of our Institute program.

The SDLA affirmatively acts to recruit and admit a diverse and representative class of Fellows.

Our mission is to “develop the next generation of progressive leaders… in the San Diego region.” We believe that recruiting and training a diverse cohort each year is necessary to build the network that is ready to lead the wide variety of sectors, organizations, and communities in San Diego.

The SDLA makes significant efforts each year to recruit applications from a wide pool. The SDLA actively recruits a diverse applicants by holding a variety of pre-application information sessions in various parts of the county, often hosted by allied progressive organizations. We also maintain an online nominations form, where any member of the public may nominate a potential fellow, who is then emailed information about the program, and encouraged to apply.

Our values statement expresses our belief in “elevating everyone to a position of equal treatment.” Those values deeply inform our continuing effort to ensure diversity in all of our programs. The entire values statement is reproduced below.

Over the seven years of the SDLA, a majority of Fellows have identified as a racial or ethnic minority. 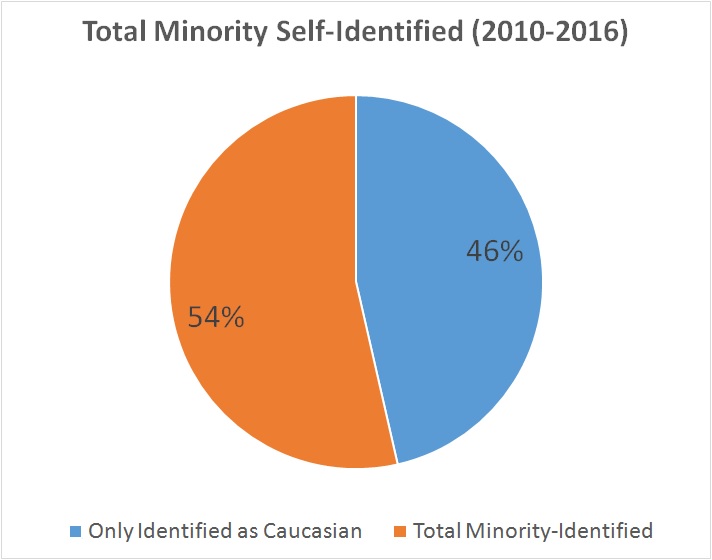 From year to year, the racial and ethnic makeup of each class differs. Over time, admissions show a successful ability by the SDLA to admit Fellows that represent a diverse and representative group of progressive young professionals in San Diego.

In particular, the SDLA is very successful at admitting Latinos and Latinas to the institute. African-American, Asian, and other ethnicities see substantial representation in the institute, though those figures vary more than Latinos from year to year.

The SDLA measures race and ethnicity based on self-reporting, and a substantial number of Fellows report multiple ethnic or racial identities. 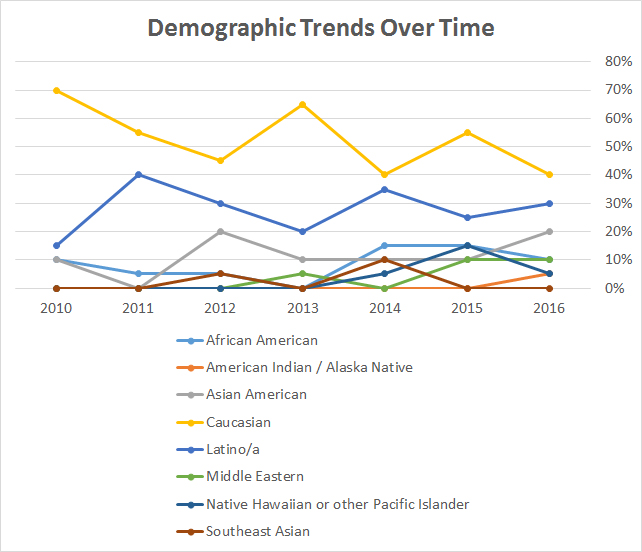 Most classes of the SDLA Institute have consisted of a majority-minority makeup. The share of non-white students has trended up through the life of the program. 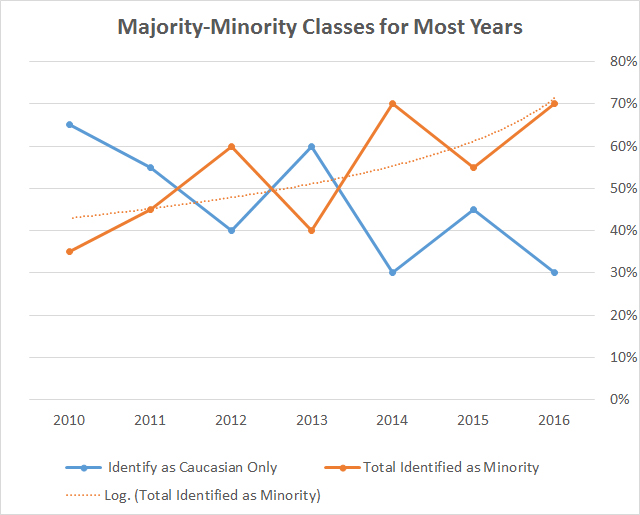 Each year, the SDLA has admitted a majority female class. Efforts have been made to recruit qualified men, and to ensure that admissions decisions result in sufficient male participation. 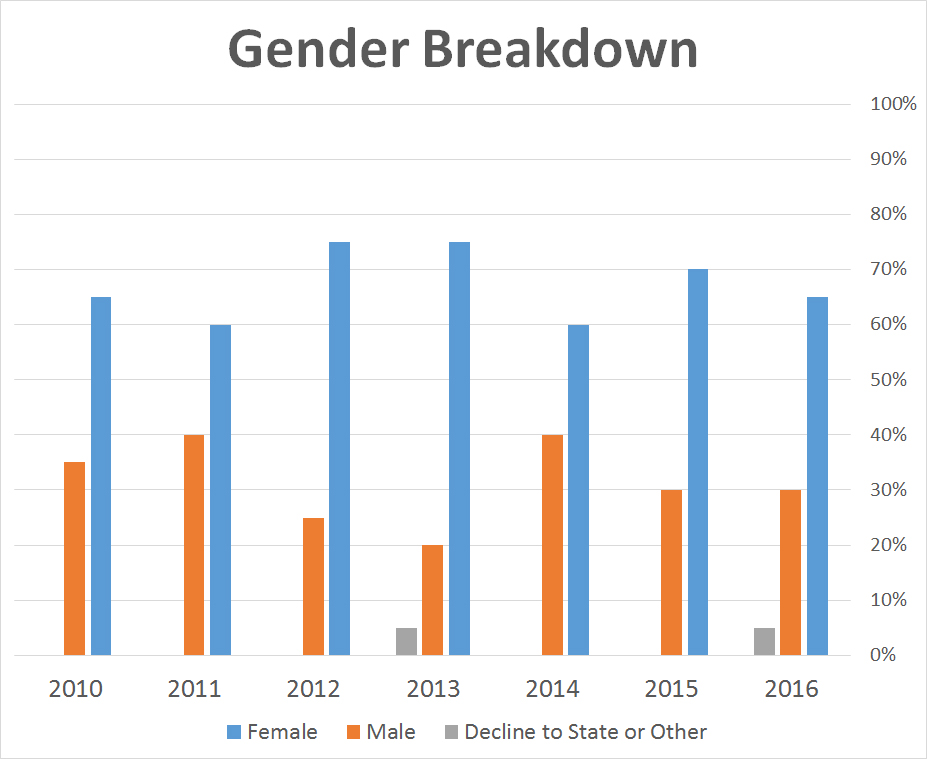 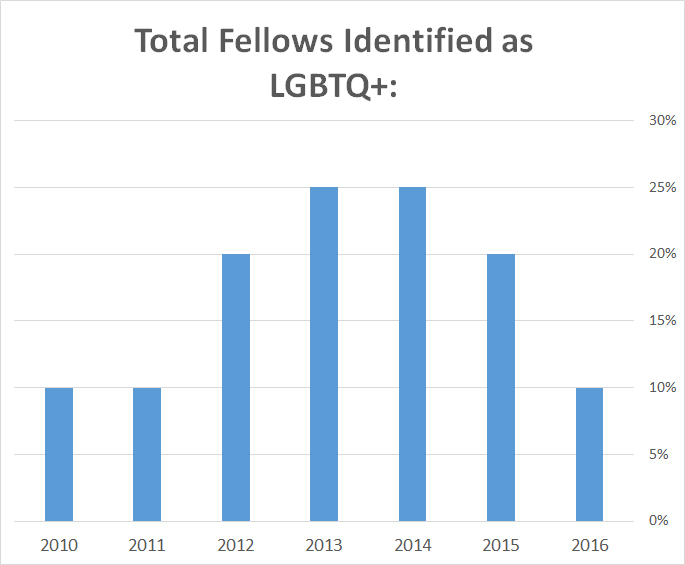 The SDLA values diversity over a variety of metrics for our Institute program. We have successfully recruited and admitted a diverse cohort for fellows each year. Over the life of the program, it has generated a large and growing group of alumni that represent the vibrancy and diversity of San Diego’s progressive community.