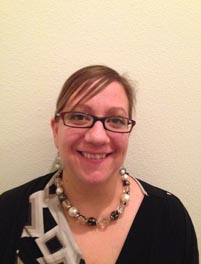 In 2012, Gena graduated from the University of Southern California (USC) with her Masters of Social Work (MSW). While she was as a MSW student she developed two internships as the first MSW intern at both Wolff Canyon Elementary and at U.S. Senator Boxer’s office. While at Wolff Canyon Gena created a “Pride Club” for military children, where these children could strengthen social bonds with other military students and develop an internal support network. The “Pride Club” is now being implemented in multiple military impacted schools.

Gena received recognition for creating this program and had an opportunity to meet Dr. Jill Biden along with other MSW students who had created programs for military children. Gena also helped develop a student leadership role and provided representation for 160 MSW students attending USC, San Diego Academic Center.

Before Gena started her MSW program she served as a military spouse and is a veteran of the Armed Forces. Over the span of about ten years Gena served in the U.S. Navy as an Information System Technician and became a military spouse with two children. Gena had the opportunity to live in England for five years where she was able to immerse herself in a different culture and these years were very impactful. The experiences of living overseas gave Gena an understanding of different education systems and healthcare opportunities.

But, as a military spouse with children stationed in a foreign country, Gena noticed a lack of support for spouses. With the Ombudsman, Gena created and led a Family Readiness Group (FRG) and served as the President. As the FRG President Gena worked to increase attendance to social events and had a tremendous impact on the moral of the spouses who had felt isolated and alone. Through the FRG the spouses had created a support network with other military spouses. It was after serving as an FRG President Gena decided to continue her education and work towards her Masters of Social Work degree when her family was transferred to San Diego in 2009.