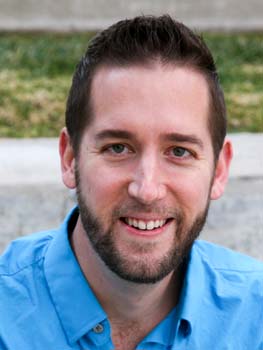 Tammy Lin is the immigration attorney for Jewish Family Service of San Diego’s Prins Asylum Program providing pro bono representation to scientists, musicians, artists, scholars, and professionals seeking asylum with the ultimate goal of rebuilding their careers free from persecution. Envisioned in 2008 as a west coast affiliate to HIAS’s Prins Program (NYC), Tammy was JFSSD’s lone attorney in a sea of social workers creating the organization’s first legal program. In its fifth year, Prins holds a high asylum grant rate with clients from around the world (e.g. Africa, Russia, Cuba, Asia, Middle East) in a range of professions (e.g. professors, doctors, musicians, journalists) and of all denominations.

Tammy previously worked as an associate in a business immigration firm and clerked with the ACLU San Diego, Texas Civil Rights Project, Elder Law & Advocacy, Center for Public Interest Law, and California Senate Public Safety Committee as an Associate Consultant. She earned a B.A. from the University of Notre Dame (Pol.Sci/I.R. with Minor, Peace Studies) and a J.D. from the University of San Diego School of Law. Tammy, a Texas native, is a daughter of immigrants that spent her childhood in the family’s Chinese restaurant. Her dog’s name is Homer. 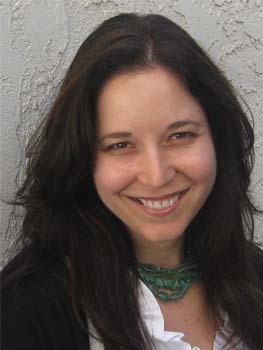 Aline Aprahamian Racic is the Senior Analyst for Planned Parenthood of the Pacific Southwest where she supports agency leadership through the analysis of complex financial models and assists in the preparation and management of a $56 million operating budget. In her previous role as the Director of Strategy Management and Social Enterprise she helped shepherd the creation and development of profit-generating social enterprises focused on broadening community access to Planned Parenthood’s services within San Diego, Riverside, and Imperial Counties.

Prior to her work with Planned Parenthood she was the Associate Artistic Administrator for Houston Grand Opera, executing artist contracts and payments, administering visa applications, and directing all travel and housing details for incoming performers.

Aline earned her bachelor’s degree in music from Grinnell College and her MBA from San Diego State University. Over the years she has volunteered for non-profit hospice organizations in both Houston and San Diego and is passionate about end of life care.

Born in Amman, Jordan and having lived in different parts of the country and world, Aline continues to enjoy traveling and exploring different cultures with her husband, Dusan. 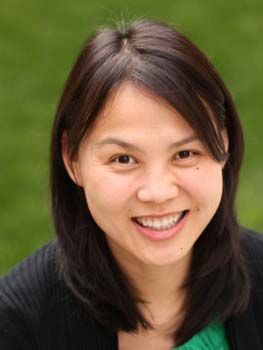 Amy Chang is a licensed Marriage and Family Therapist practicing in San Diego. In 2010 she found her private therapy practice in which she provides individual therapy, couples counseling, and family therapy. Amy’s work consists of helping her clients understand and access their strengths to overcome emotional barriers that may be hindering them from living a fulfilled life. Amy finds it rewarding to see her clients transform and make the changes necessary to have a more balanced and satisfying life.

Amy has experience working in various non-profit agencies throughout San Diego addressing core issues such as depression, anxiety, stress, trauma, domestic violence, and relationship conflict with individuals and families. She is an active member of the California Association of Marriage and Family Therapist for the San Diego Chapter. She received a Bachelor’s Degree in Psychology and a minor in Asian American Studies from the University of California, Los Angeles and a Masters in Counseling from San Diego State University.

Besides providing therapy and being an entrepreneur, Amy enjoys time with her family, amateur photography, reading, and dominating in board games. 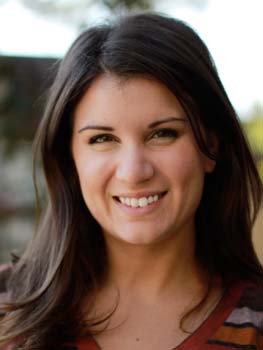 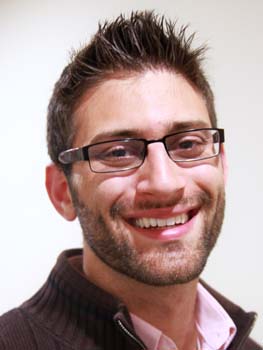 Having grown up in Seattle, Little Rock, and Vermont, Efrem now lives in Downtown San Diego and spends his free time training for half-marathons, brewing his own beer, and enjoying the region's beautiful weather. He currently works as a Performance Auditor with the City of San Diego where he works with City departments to improve the efficiency and effectiveness of local government operations.

Efrem is passionate about improving the local and global community and dedicates time to building nonprofit organizations' ability to achieve their missions, particularly through better board governance. He serves on the YNPN San Diego Advisory Board, the NHA HeadStart Policy Council, and on the Board of Directors for Congo Leadership Initiative. Prior to moving to San Diego, Efrem helped develop a long-term recovery plan for New Orleans' Upper and Lower Ninth Ward that drew $140 million in public investment and consulted for the City of Syracuse to improve its neighborhood planning program.

A member of the Phi Kappa Tau Fraternity, Efrem served on its National Council from 2008 to 2010. He received his bachelors degree in Urban and Regional Studies from Cornell University and his Master of Public Administration degree from the Maxwell School of Syracuse University. 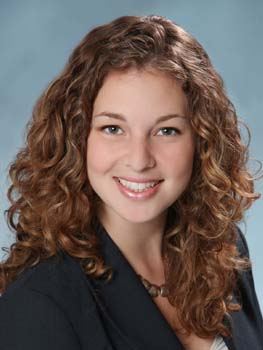 Jessica works as the Communications and Program Associate at the Jewish Community Foundation of San Diego, a resource for philanthropy dedicated to engaging, educating and working with donors and community organizations to achieve charitable goals. At the Foundation, Jessica maintains the organization's publicity, coordinates media relations and client communications as well as collaborates on young adult and teen programs.

Though a native San Diegan, Jessica spent many years living abroad, has a soft spot for London and always has her next trip in mind. She occasionally fits in sewing, camping, painting and yoga. She actively participates in the Young Nonprofit Professionals Network, Emerging Practioners in Philanthropy and volunteers locally and nationally for Alpha Epsilon Phi.