Jeff Graves Elected to Board of Directors of Lambda Archives 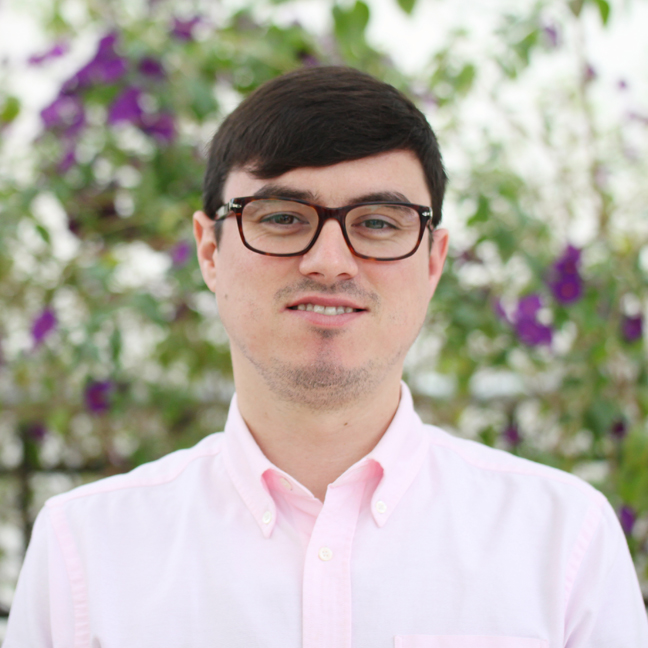 2014 San Diego Leadership Alliance Fellow Jeff Graves has been elected to the Board of Directors of the Lambda Archives, an organization that collects, preserves, and teaches the history of lesbian, gay, bisexual,and transgender people in the San Diego and Northern Baja California region.

"There is no doubt that my gained experience, skills and overall participation with the San Diego Leadership Alliance has played a positive role and will continue to help me achieve my goals in moving forward a progressive agenda via community activism in San Diego," Graves says.

In its mission to develop the next generation of progressive leaders in San Diego, the SDLA encourages and equips Fellows with the skills necessary to join boards and commissions.

More information on the Lambda Archives can be found at their website, http://www.lambdaarchives.us/. 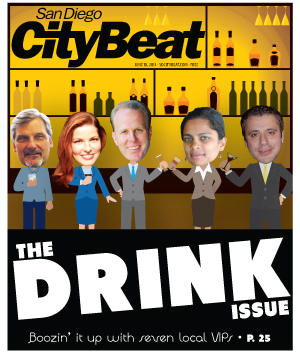 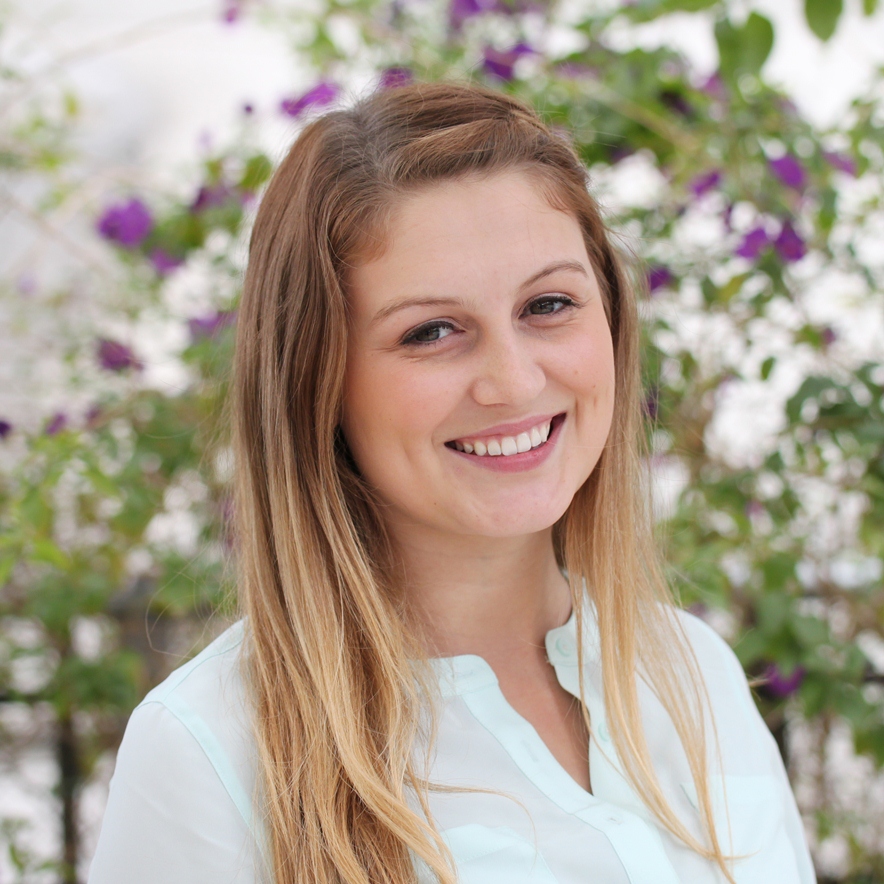 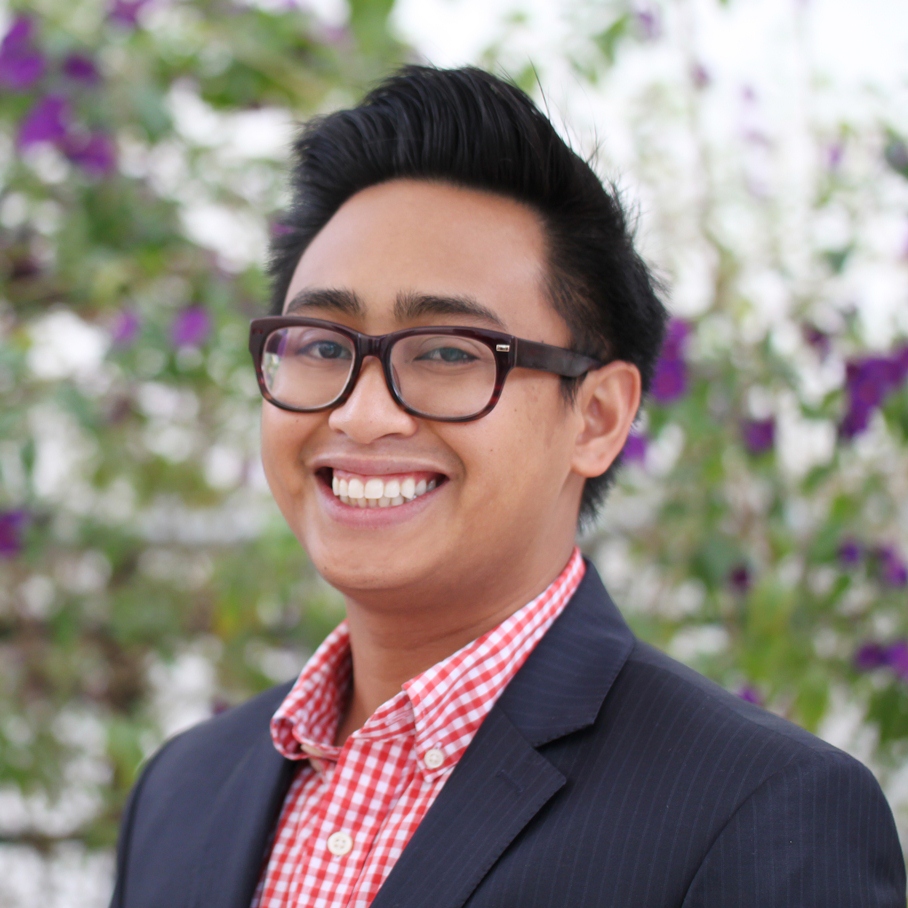 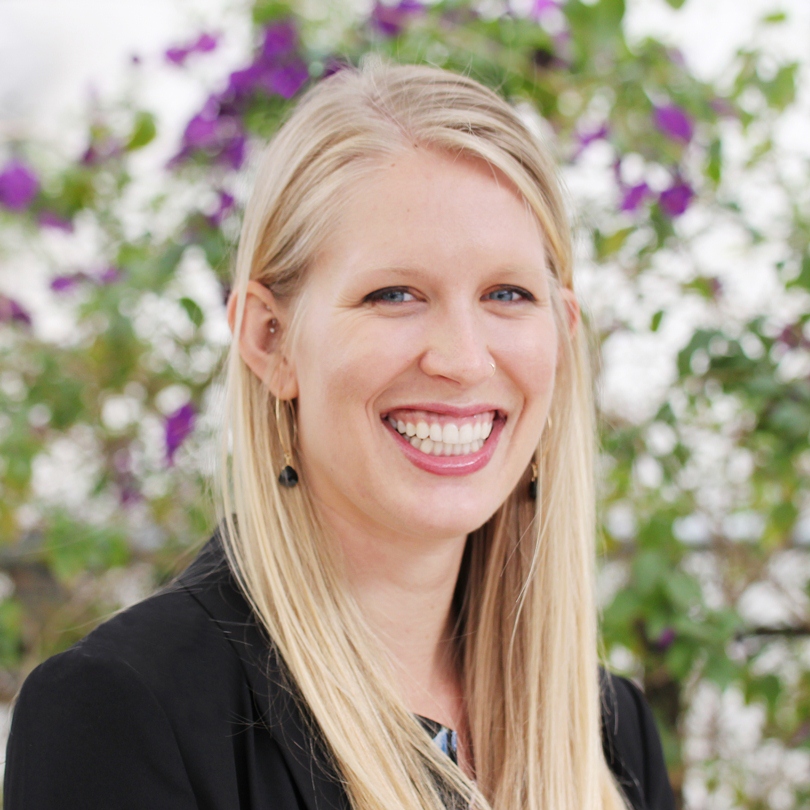 Emily Wier is a biologist at Dudek, an environmental consulting firm, and also volunteers with SanDiego350.org, a grassroots climate change awareness organization in San Diego County. Her two interests are intertwined, as she sees first-hand through her biological surveys the impacts that continuing development has on the natural world. Her interest in climate change action is driven by concern for species and habitat conservation.

Emily serves as a Steering Committee Member for SanDiego350.org, where she plays a key role in organization management and strategic planning, coalition building, volunteer leadership development, and policy analysis. Emily was recently appointed to the City of San Diego’s Sustainable Energy Advisory Board, where she advocates for renewable, local energy and policies that support those goals. Her professional career with Dudek focuses on habitat and species management, analytical reporting, and special-status species surveys.

Emily Wier graduated from Tufts University in Medford, Massachusetts where she was involved in different environmental groups while pursuing a B.S. in biology. Her studies enabled her to research habitat conservation and environmental protection in New England, South America, and Africa.

Emily is an avid enthusiast of outdoor activities, and enjoys running, hiking, bicycling, and bird-watching. She is currently preparing to climb Mount Whitney this summer. 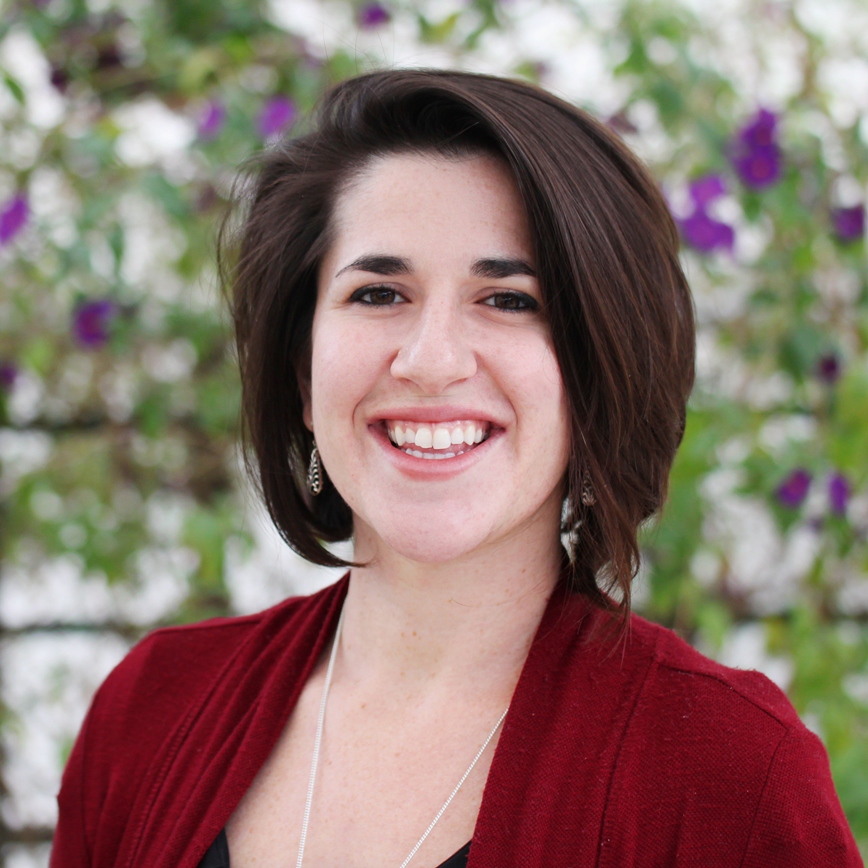 As a Programs Manager at Feeding America San Diego (FASD), Jennifer Seneor oversees the Mobile Pantry Program that distributes 1.32 million pounds of food annually to rural communities and the CalFresh Program that helps thousands of low-income San Diegans access benefits. Over the last 3 years, Jennifer has been dedicated to advocating for improvement to the food stamp program at a local, state, and national level. She serves as a part of the California Hunger Action Coalition, organizing an annual trip of over 50 community members to Sacramento to speak about pieces of legislation impacting low-income communities.

Prior to joining FASD, Jennifer lived in Ecuador as an English teacher for a University in a rural community. Jennifer majored in Sociology at UCLA. While in Los Angeles, Jennifer led a successful campaign to implement a Designator Suppliers Program to ensure that all UC-apparel is made in factories with just labor practices. Jennifer also developed a food distribution that serves over a 100 homeless individuals weekly and worked with Legal Aid Foundation of Los Angeles.

Jennifer looks forward to continuing to build a progressive community in San Diego that furthers economic and social justice for all San Diegans. 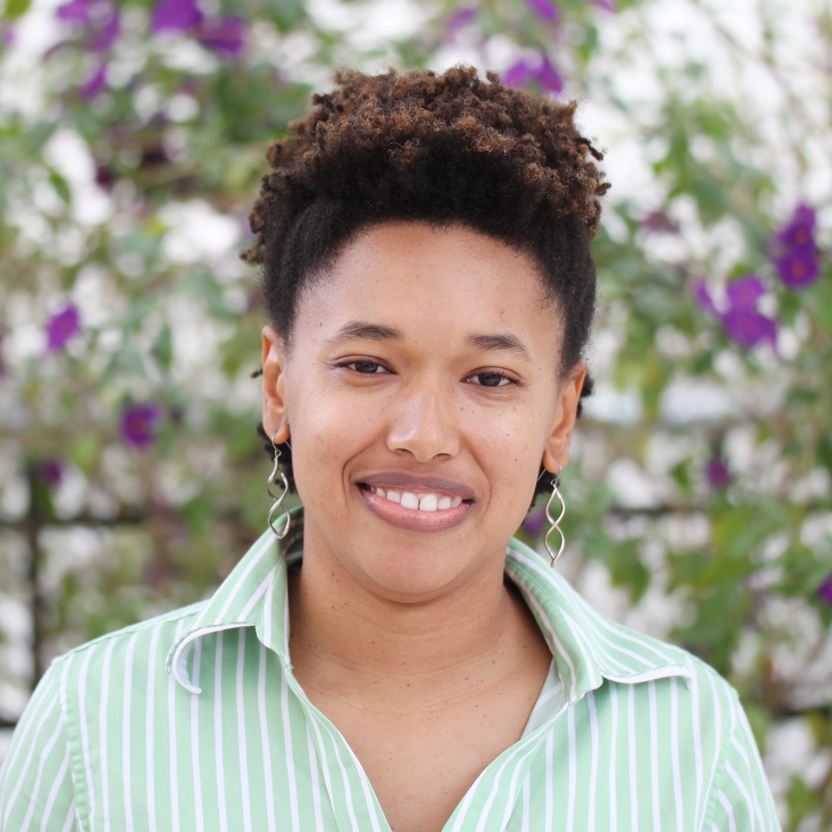 Crystal Page is the Communications Director at the Center on Policy Initiatives. There she works to develop integrated communication strategies that contribute to campaign wins on projects and campaigns such as the Community Budget Alliance and the Property Value Protection Ordinance.

As the owner of Crystal Page Productions she has developed websites for community based organizations and produced videos for unions, nonprofits and private clients.

Content producer, digital strategist and web developer—Crystal has spent the last decade creating and managing digital content for clients and employers such as SEIU-USWW, Good Jobs LA and Brave New Films. Additionally, while living in Chicago, she gave her time to WLUW 88.7 as a broadcast engineer for community programming. Her syndicated reality show, “A Just Sparkle,” continues to air on CAN-TV teaching viewers how to shop sweatshop-free. Crystal earned a MFA in Film Production from the University of Southern California and a dual BA in Communication and Theology from Loyola University of Chicago. 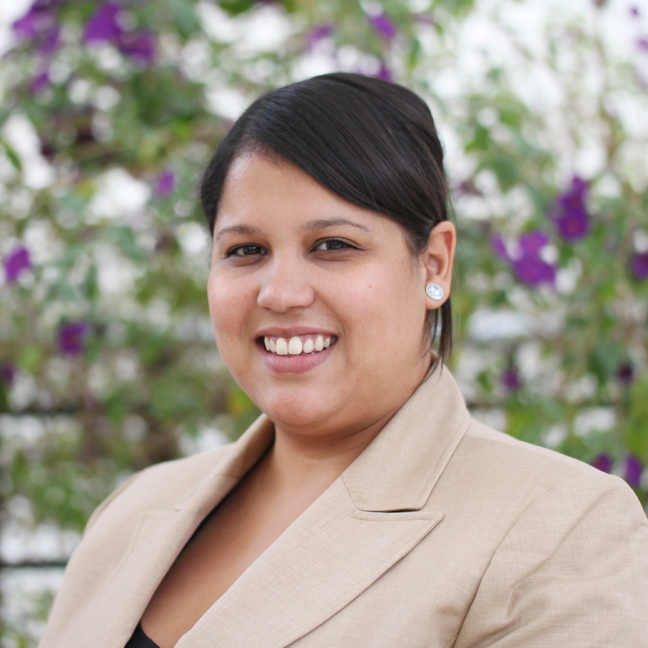 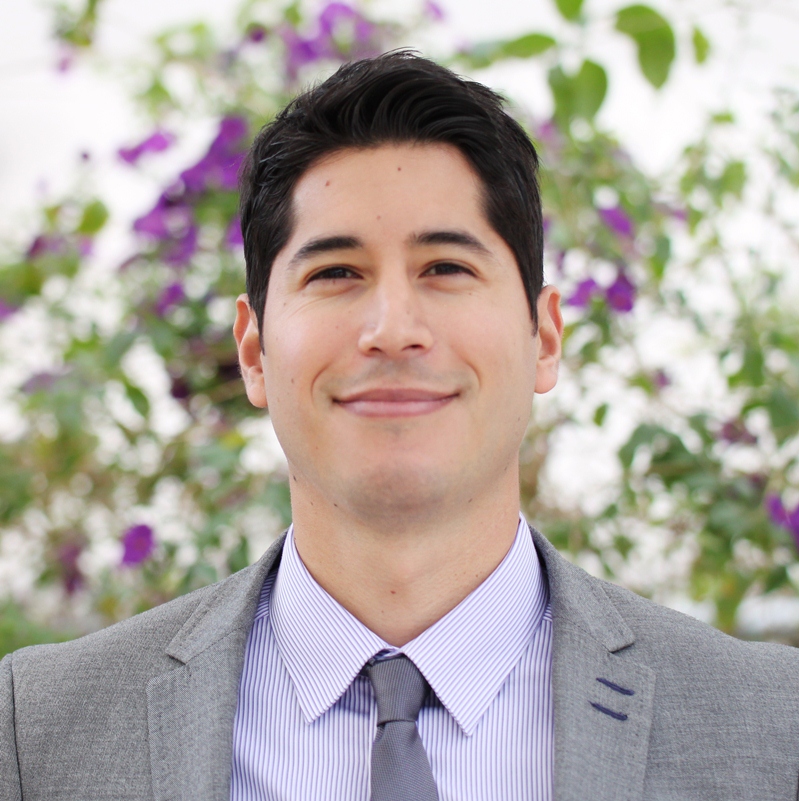 Luis O. Osuna is a native San Diegan with strong ties to Mexico. He lived in Mexico for the first five years of his life before moving to San Diego. Having family in Mexico, he has maintained a close personal relationship with Mexico.

Mr. Osuna graduated from the U.C. Berkeley, where he earned a Bachelor of Arts degree in Political Science. He received a Juris Doctorate degree from California Western School of Law in San Diego. While at California Western School of Law, he was a Diversity Scholarship Recipient and was awarded the Pro Bono and Public Service Honors Society Award.

Today, in addition to providing quality and attentive service to his clients, Mr. Osuna is actively involved with the San Diego community through his work as a Board of Director and Co-Chair of the San Diego La Raza Lawyers Association's Political Affairs Committee. He is also a member of the San Diego County Bar Association, Immigration Law section, the Criminal Defense Bar Association and the Consumer Attorneys of San Diego organization. While he practices immigration law and criminal defense, he is also an associate at Golper, Sullivan & Rivera, a San Diego based personal injury and workers' compensation law firm. 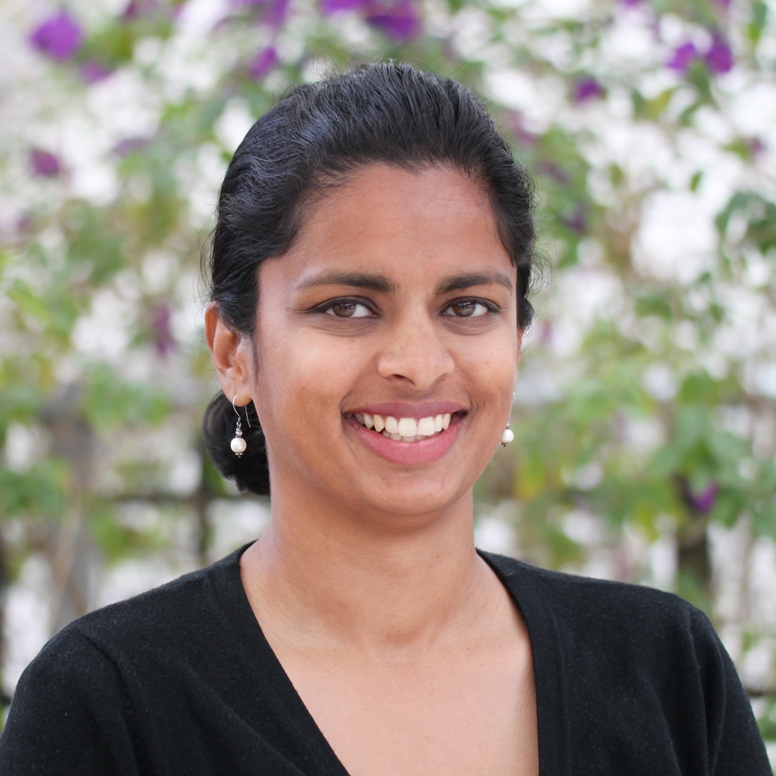 Samantha Ollinger is the founder of BikeSD, Inc, a non-profit cycling advocacy organization whose mission is to transform San Diego's streetscape to be a world-class bicycle friendly city. As the Executive Director, Ollinger sees San Diego exemplifying the ideal urban city that civic leaders around the world can only aspire to. Bicycling is one of the many avenues to lead San Diego onto the world-stage and BikeSD is committed to changing and executing the city's narrative that will drive this transformation.

Ollinger immigrated to the U.S. from India a year before turning 18 and simultaneously curses and blesses the experience that came with experiencing her final year of high school within the American public school system in the heart of Amish country. A graduate of Temple University with a Business Administration degree with a focus on Accounting, Ollinger sees herself as a lifelong learner driven by insatiable curiosity and sees societal inequities and problems solvable via human intellect, empathy and a lot of compassion.

An advocate for open source software, local and sustainable food, and an avid reader, Ollinger lives with her husband and hundreds of compost worms (in a worm bin) in City Heights, San Diego.