San Diego Leadership Alliance Board Member Sid Voorakkara has been appointed senior business development specialist at the Governor's Office of Business and Economic Development. Sid has been a strong member of the SDLA Board and supporter of young progressives in San Diego. Congratulations to Sid! 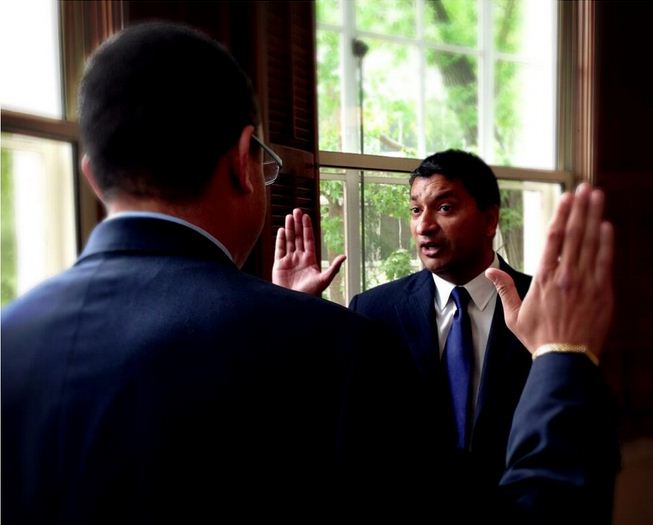 Sid Voorakkara, 42, of San Diego, has been appointed senior business development specialist at the Governor's Office of Business and Economic Development. Voorakkara has been a partner at Ten Page Memo LLC since 2012. He was statewide program officer and San Diego regional program officer at the California Endowment from 2005 to 2011, field director of public affairs at the United Nations Foundation from 2003 to 2004 and director of production and client services at Home Front Communications from 2000 to 2002. Voorakkara was communications advisor to Minority Leader Richard Gephardt from 1999 to 2000, western communications strategist for the Democratic Congressional Campaign Committee from 1997 to 1998 and served as a staffer on a variety of federal, state and local campaigns from 1993 to 1997. Voorakkara is a member of the advisory council for the San Diego Community College Board of Trustees and a member of the San Diego Leadership Alliance Board of Directors and the San Diego LGBT Community Center Board of Directors.