We have six more fantastic inspirational leaders we’d like to introduce you to in this final post counting down to SDLA’s Fellows Fundraiser Generations of Progress on Tuesday, May 19th! We hope reading about the people and the work that fuels our 2015 SDLA Fellows class has given you opportunities to think about all the multigenerational leaders in your life who are worthy of celebration.

Tickets are still available! After reading about these invigorating folks, we encourage you to purchase your tickets (or donate) today. Proceeds from this event benefit future classes of SDLA Fellows, including ensuring that the program remains free to participants.

We can’t wait to spend time with you next Tuesday evening at Modern Times Beer: Point Loma and honor decades of progressive work in San Diego! 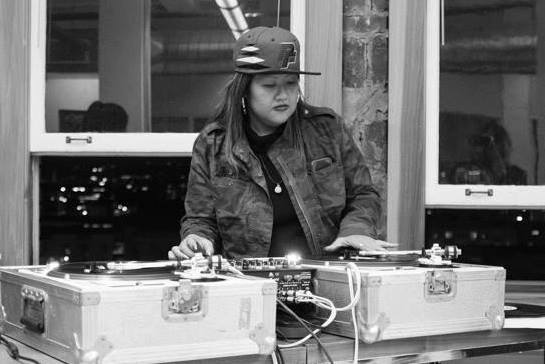 Gerrlyn Gacao: After meeting Candice Custodio-Tan once in 2014, also known as DJ Kuttin Kandi, it is impossible for me to forget the inspiring impact her presence had on me. Not only has she been a force in hip-hop cultural spaces across the nation for over 15 years, she is known and respected for her revealing poems, grassroots organizing, regular lectures, and previous service as a mentor and educator at the UC San Diego Women's Center. She carried herself with huge amounts of both vulnerability and strength as she expressed her personal stories, and I truly admire her for living and breathing music, community, and love. 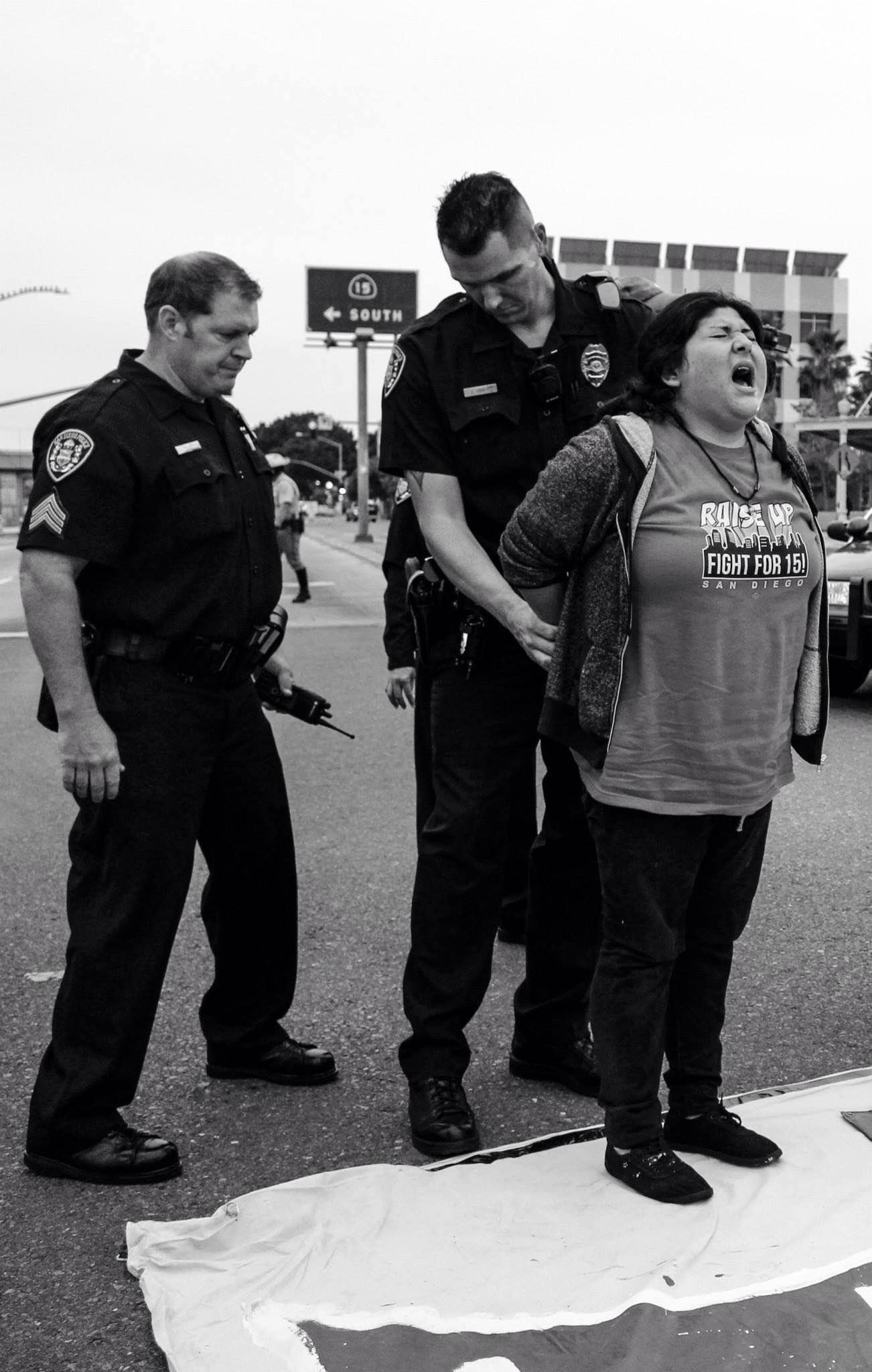 Alicia Nichols: Carmen is a Fast Food worker and a model activist in the nationwide Fight for 15 movement to raise the minimum wage and organize workers. The same day that she and several of her coworkers at Burger King were illegally fired in retaliation for their participation in Fight for 15, she bravely shared her story with media outlets in the parking lot of her worksite, and in the following days, helped organize actions at Burger Kings in San Diego until she and her coworkers were rehired. In addition to recruiting her own coworkers to the movement, she dedicates much of her free time to meeting and recruiting fast food workers from other restaurants. 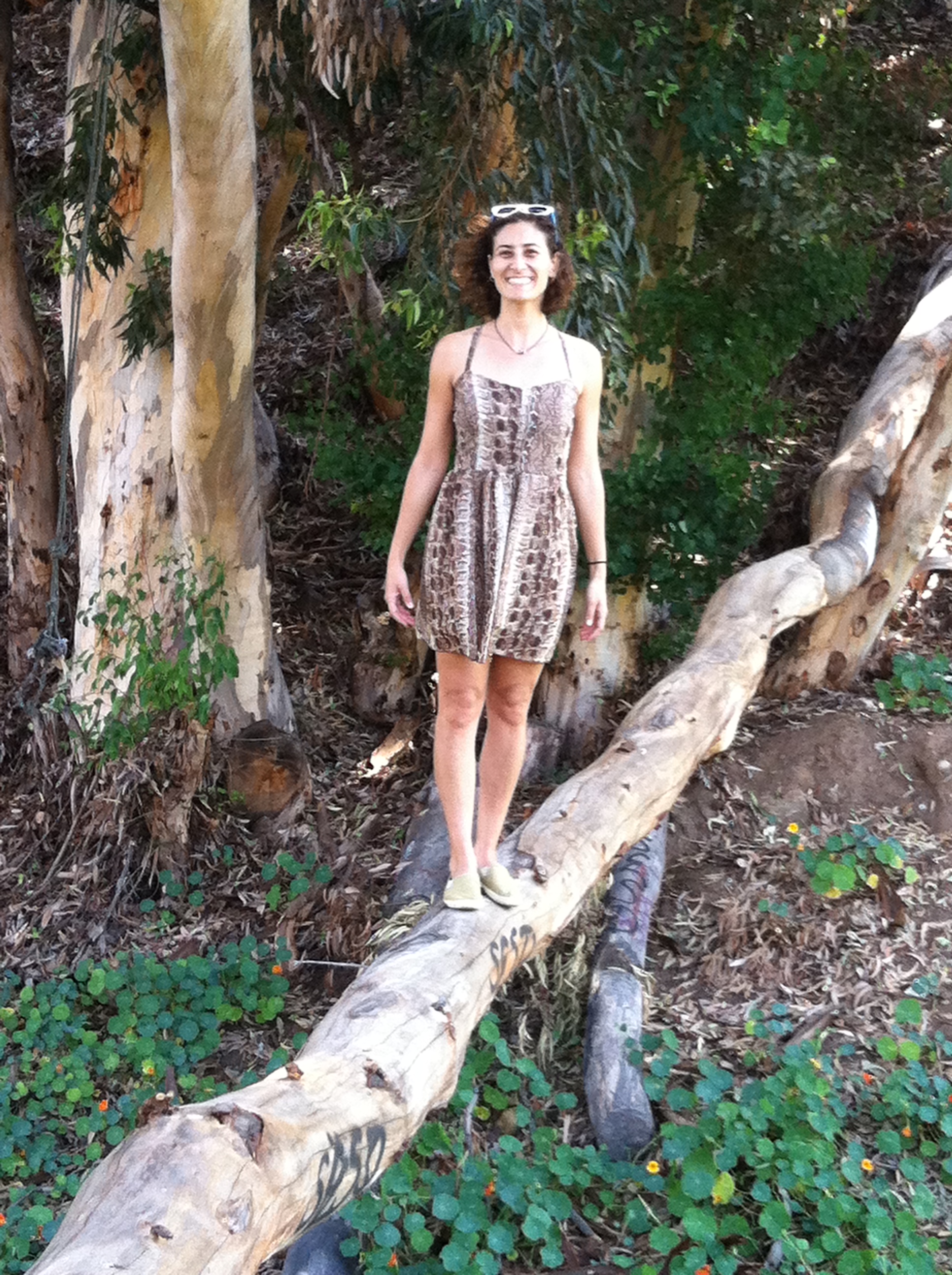 Monique López (1/2): Some people in their dealings act in such a way to grow their own, or communities they represent, political or financial power. These folks are usually are usually known as power brokers. But Avital Aboody is different than most, she is a beauty broker. She sees the potential for beauty in everything- from a neglected alley to an abandoned lot filled with trash and weeds. She brokers beauty by empowering the community to develop their vision into reality. She brokers beauty by connecting with artist, planners, architects, and community members to turn spaces into places. Avital is the project lead for the HACER Project, which is a community-build effort in Logan Heights to transform a vacant lot into a vibrant park and garden. She is creative, smart, persistent, a doer, and a true progressive. She continually challenges me to dream and is my inspiration.

Sarah Fields: Francis Goldin is an incredible lifelong activist. I had the great pleasure of meeting her when I interned (and later worked) for the organization Jews for Racial and Economic Justice in New York. In 2007, we honored her accomplishments as a housing organizer, literary agent, and all around rabble-rouser. Now in her 90s, she continues the activism that began in her early 20s, protecting affordable housing across New York City and particularly in her Lower East Side Neighborhood. I still watch her acceptance speech from time to time for inspiration. 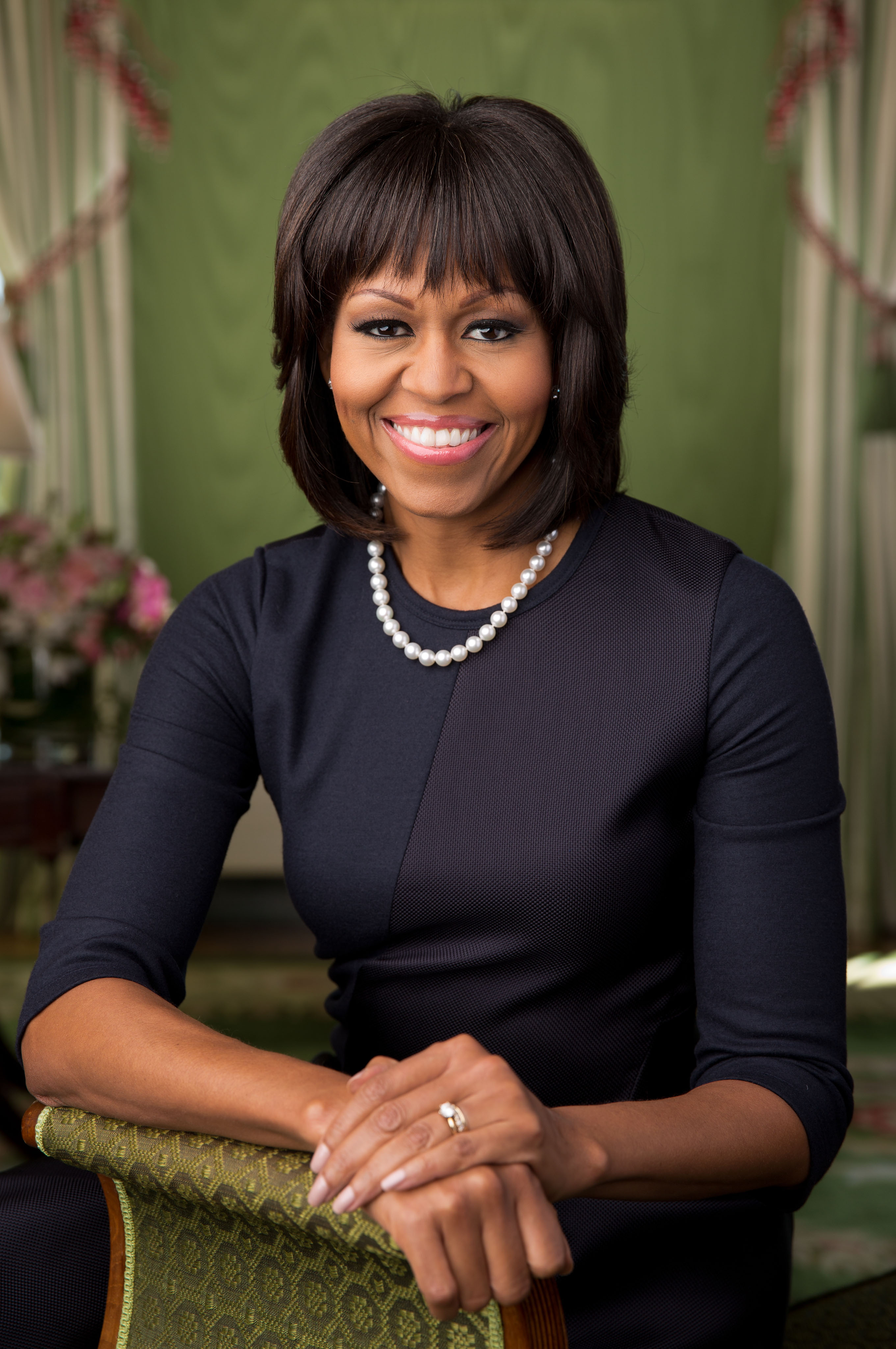 Chevelle Newell: Michelle Obama inspires me because she stays true to herself, is educated and witty, and supports her Presidential family. She is strong and beautiful, the first African American First Lady, and inspires me to not only dream big, but remain true to myself throughout the process. 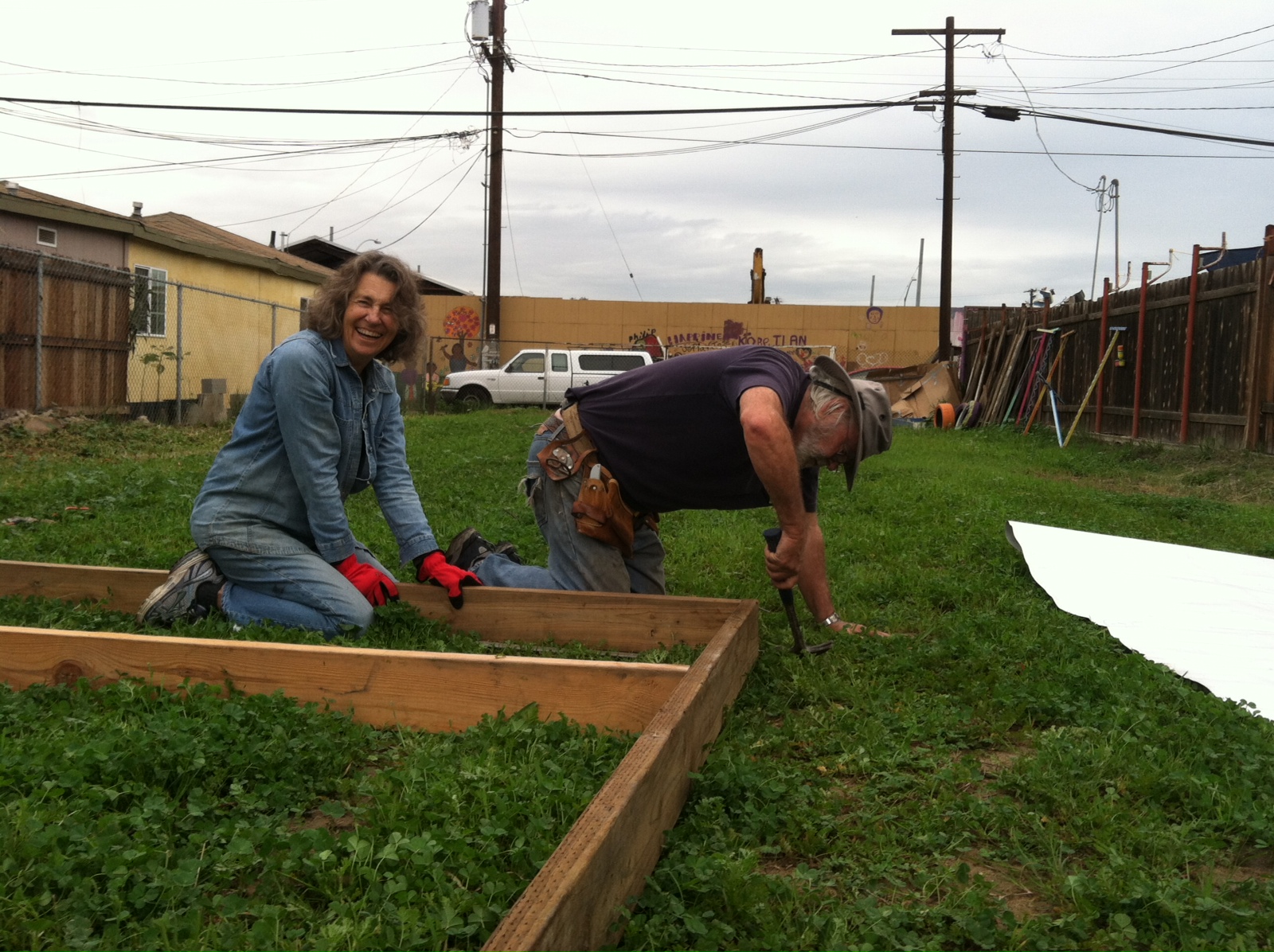 Monique López (2/2):Bob Leathers grew up in Maine in a place where people lived in “survival mode.” At an early age he had this burning desire to build community through the belief that the power of art should be at the personal level—should be a part of everyone’s life regardless of where they live. He became an architect to help realize this dream.

Cheryl Nickel grew up in Southern California where her family instilled in her an ethos of service to others. She was quite restless in college and finally settled on the major of political science and urban studies and later when to study landscape architecture. However, she soon discovered her passion for art and building community.

Bob and Cheryl met while Cheryl was coordinating a farmer’s market and placemaking efforts in Ithaca, NY. The two of them connected with each other right away. Cheryl started involving Bob in community placemaking projects and they soon fell in love. Bob became a world renowned architect and began involving Cheryl in hundreds of community-led build projects throughout the world. Building playgrounds became incidental to building communities.

In their 70’s they are still a creative force for good. They are founders of Space4Art and are currently working on building an affordable live-work space for artist in the Logan Heights area. However, their approach is unique and different from other artist live-work spaces throughout the world. Entrenched in their mission is community betterment through community involvement. They facilitate opportunities for communities to interact with artists in an innovative and educational environment. As a result they are reaching out to the community, immersing themselves in the community, and being a part of the community in order to work toward resolving the issue of art becoming too isolated from the common person.

Core to the development of this artist work-live space and how they approach community-build projects in the community is volunteerism. They state that this is important because when volunteers build something, instead of an outside party or contractor, they believe in the project, support it, protect it, and can identify with it. One way they are currently living their mission, is through their active involvement in the HACER Project (a community-build project that is transforming a vacant lot into a park/garden). Bob and Cheryl have facilitated many community workshops and have drawn up the architectural/landscape renderings for the soon to be park. Also, they are working with artists and community members to help design and implement the plans.

Bob and Cheryl measure success in terms of people- empowering people to develop a sense of place, one in which reflects who they are and who they aspire to be. They believe that there is great power in creativity to build community. Their philosophy is simple; find out what the community wants and needs and then build it with them. I’m inspired by their approach and hope to live out this philosophy in my lifetime.

This post is the final post in a series of four which can be found here. Please join us at Generations of Progress next Tuesday for more progressive celebration and inspiration!