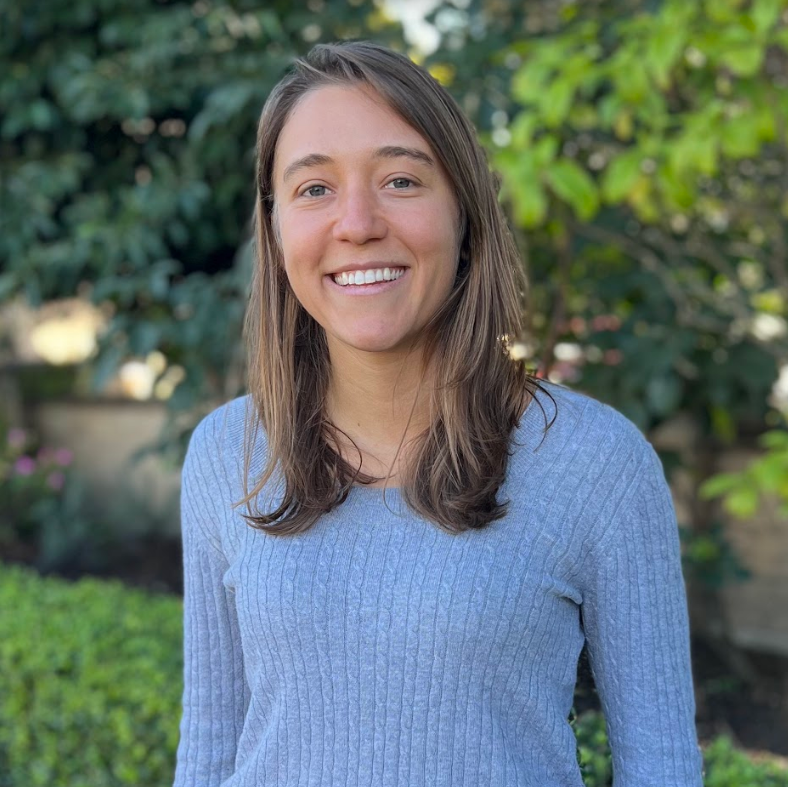 Julie Roland grew up in the Bay Area and then Baltimore, MD, and then graduated cum laude from the University of Pennsylvania in 2015 on an ROTC scholarship with a B.A. in history. She is a Lieutenant in the U.S. Navy and has deployed to the South China Sea and Persian Gulf as a helicopter pilot. She currently works as an Air Certifying Officer at Afloat Training Group San Diego, assuring the safety of flight operations aboard Naval vessels. Passionate about improving DEI and morale in the military, she has organized team building events at each of her past commands, served on the Morale, Welfare, and Recreation Committee and the Command Resilience Team while at her fleet squadron, and wrote an essay about caring better for junior enlisted Sailors which was recently published by the U.S. Naval Institute. Julie is also a member of the San Diego Rotary Club, League of Women Voters, and Women’s Foundation. In her free time, she created the nonprofit Just Tryna Make Friends, Inc., which endeavors to build community and promote the arts mainly through a variety show which occurs monthly in San Diego and Los Angeles for which she produces, hosts, and performs as a magician. Julie has a monthly residency at Finest City Improv theater and is currently working with the nonprofit Save Starlight to help restore the Starlight Bowl in Balboa Park. She will be attending the University of San Diego School of Law part time beginning this August.