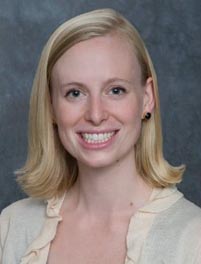 Sadie Brinton is the Program Associate for Regional Outreach at The San Diego Foundation, where she supports the work of seven affiliate foundations. The San Diego Foundation’s affiliate foundation help identify and meet the emerging needs of the diverse communities throughout San Diego County through collective philanthropy and member engagement. Sadie provides grantmaking and marketing coordination, membership management, and operational support to the seven affiliates and more than 200 active volunteers.

Sadie is Co-Chair of the Events Leadership Team of Women Give San Diego, a women’s collective giving organization, a board member of the Duke Club of San Diego, and an active member of the San Diego chapter of Emerging Practitioners in Philanthropy.

Prior to moving to San Diego in 2011, Sadie was an intern with the White House Office of Public Engagement, where she worked on disability policy and women’s issues. She also volunteered as a legal assistant at CASA de Maryland, a Latino and immigrant advocacy organization, and consulted for the Entertainment Industries Council, a nonprofit that raises awareness of major health and social issues through the entertainment industry and media.

Sadie grew up outside of Washington, D.C. in a Virginia suburb. Active in political campaigns since high school, Sadie most recently volunteered with the 2010 campaign of Virginia Congressman Gerry Connolly and the 2012 campaign of San Diego Congressman Scott Peters. Sadie received her Bachelor’s Degree in Spanish and Latin American Studies from Duke University in Durham, North Carolina