Norma Rodriguez: Activist and 30 Under 30 Leader 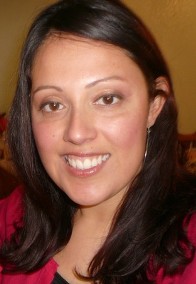 Two years ago, when I started as a part of NLC's second class I was fresh out of Grad school and also had recently started as a community organizer with the Center on Policy Initiatives. Until then, I had been immersed with community organizing mostly around the issue of immigrant rights. In 2006, I was a volunteer with Justice Overcoming Boundaries, who held giant immigration rallies. And my thesis was about naturalization of Latinos. My passion for immigrant right stemmed from my personal background as the daughter of immigrant farmworkers from the Central Valley. Most of my focus was grassroots and I had never ventured too far into politics, beyond immigration issues.

As soon as I started at CPI I began understanding how important it was to understand local politics and the range of progressive civic leaders and politicians in order to be able to effectively advocate and organize, especially with the local policy work that CPI does. I heard about NLC from a fellow from the NLC San Diego's first class, and he encouraged me to apply, speaking about how helpful it had been for him as he developed as a community leader.

I was accepted into the second class of NLC (2011) and it came at a perfect time. I was just beginning to understand the current political landscape of San Diego and NLC was instrumental with that component. I also got to meet a set of amazing fellows that I continue to intersect and interact with as I continue my community organizing.

NLC is helping build a stronger infrastructure of progressives and giving them the tools and networks in order to strengthen San Diego's progressive community. As a result of NLC, I was recommended for a board position at the ACLU of San Diego. I was also recently nominated by Patch as one of their "30 Under 30." I am very grateful and am especially grateful for the tools and networks that NLC has provided me that I use and implement as I continue working in the community.

A little over a year after completing NLC, I continue working with fellows not only from my year but the rest of the cohort. I look forward to the NLC network's growth and what every cohort of talented, up-and-coming leaders will add to the progressive community in San Diego.

Norma Rodriguez is an Organizer with the Center on Policy Initiatives and was a 2011 NLC Fellow.  You can view her 30 Under 30 profile here and her SDLA/NLC profile here.