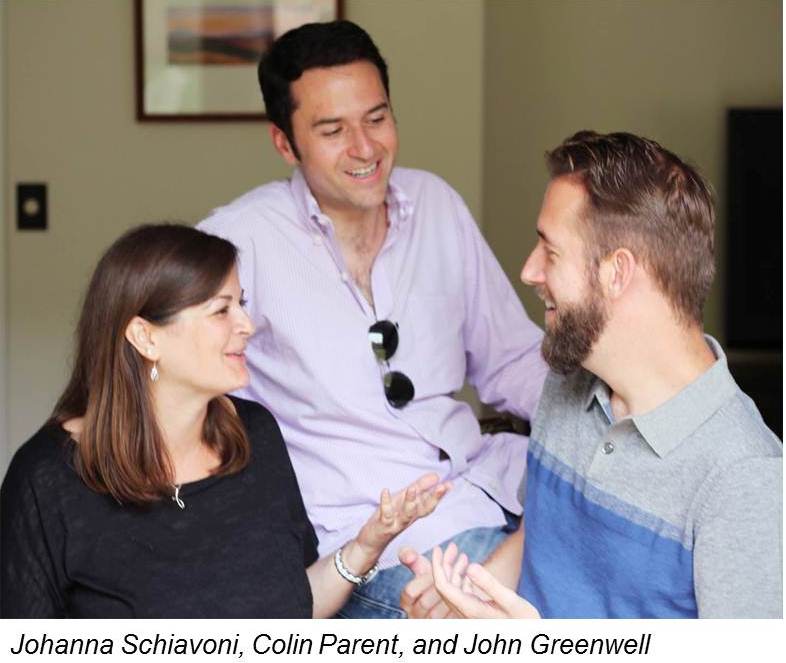 The San Diego Leadership Alliance (SDLA) is proud to announce the election of its 2015 Co-Directors: Johanna Schiavoni and John Greenwell. Schiavoni will serve a fourth year as Co-Director of the SDLA. She is joined by new Co-Director Greenwell, who recently completed a two-year term as Co-Chair of the SDLA Institute, the organization’s signature leadership training program. Greenwell replaces Colin Parent, who has devoted six years of leadership to building the organization.

“As Co-Director, I will continue Colin’s excellent work and I am honored to work side-by-side with Johanna,” Greenwell says. “The San Diego Leadership Alliance means a great deal to me as I am a product of the program. It's personal: I went through the Institute in 2012 and was elected by my cohort to serve on the board shortly thereafter. I was, and am, excited to give back to an organization that invested so much in me.”

In 2009, Parent and former Co-Director Evan McLaughlin founded what was then the San Diego Chapter of the New Leaders Council, building a strong advisory board and recruiting participants for its inaugural leadership training program. The work completed in those first two years, under Parent’s and McLaughlin’s leadership, laid a strong foundation for what is now the SDLA. In 2011, the organization’s local advisory board formed an independent nonprofit, and the SDLA was launched, with Parent and Schiavoni as Co-Directors.

“Founding the SDLA has been one of the most challenging and rewarding experiences in my career. It took a lot of hard work, but I get to see the rewards every day,” Parent reflected. “After leading the SDLA for six years, I’m really looking forward to seeing a smooth transition with Johanna and John at the helm. We’ve built the organization and created a stable and growing network. Now we can move on from the initial start-up phase to cultivating and promoting our alumni as they take ever-more important positions in San Diego.”

Schiavoni and Greenwell expressed their thanks to Parent for his leadership. “On behalf of the entire SDLA Board and community, we are grateful to Colin for his dedicated and visionary leadership, and we are thrilled that he will remain as part of the foundation of the organization in the next phase of growth for the SDLA,” Schiavoni said. Parent will take on a new role as Chair of the SDLA’s Strategic Planning Committee, helping the SDLA plan its future course.

Greenwell comes to the Co-Director role with a wealth of talent and energy. After graduating from the Institute in 2012, he was elected to the Board by his peers and took on the Co-Chair position of the Institute. In that role, over the past two years, he has continued to improve, refine, and grow the Institute and has shown to be a thoughtful and respected leader. As a school teacher, Greenwell brings numerous skills to the table, including being an experienced consensus builder and effective communicator.

In the past six years, the SDLA has continued to grow and thrive. Five classes of Fellows have completed the Institute program, which is devoted to training the next generation of San Diego’s progressive leaders by providing the skills, relationships and opportunities to build a sustainable progressive infrastructure in the San Diego region. The SDLA has graduated nearly 100 alumni, recruited more than 100 volunteer Institute faculty and mentors, and engaged a broad community of San Diegans.

“Through the SDLA Institute, we are fortunate to engage with highly talented volunteer faculty, mentors and community leaders,” Schiavoni says. “We also are seeing our Institute alumni – who are very talented emerging leaders in San Diego – running for office, receiving appointments to boards and commissions, getting promoted within their jobs, founding their own companies, and more.”

“At just about every community or professional event I attend, I can count on seeing a few of our alumni mingling among the crowd. I am amazed with how successful the SDLA has been at sprinkling our graduates across such a wide spectrum in San Diego,” Parent observed.

The important work of the organization would not be possible without the hard work of the devoted members of the volunteer Board of Directors. “As Co-Directors for the past three years, Colin and I have been privileged to lead an incredible team of volunteer Board members in building a transformational leadership program for outstanding young progressive leaders in San Diego,” Schiavoni said.

The SDLA will begin accepting applications in September for its next Institute, which will run from January – June 2015. For further information, see SDLA’s newly re-launched website: http://www.sdleadership.org/