Kathleen is a proud 4th generation Californian who relocated to San Diego by way of Long Beach in 2019. She is a 2020 Institute graduate and is excited to further her leadership experience as co-president of the board. Outside of SDLA, Kathleen works as a finance professional and college educator. She’s earned national recognition as a top 40 Under 40 Advisor by Investment News, a Top 10 Young Financial Advisor to Watch by FA Magazine, and was featured as a “rising star” in Forbes. Kathleen is also a 2021 alum of the Victory Institute – the nation’s only organization dedicated to training and developing the next generation LGBTQ elected leaders. 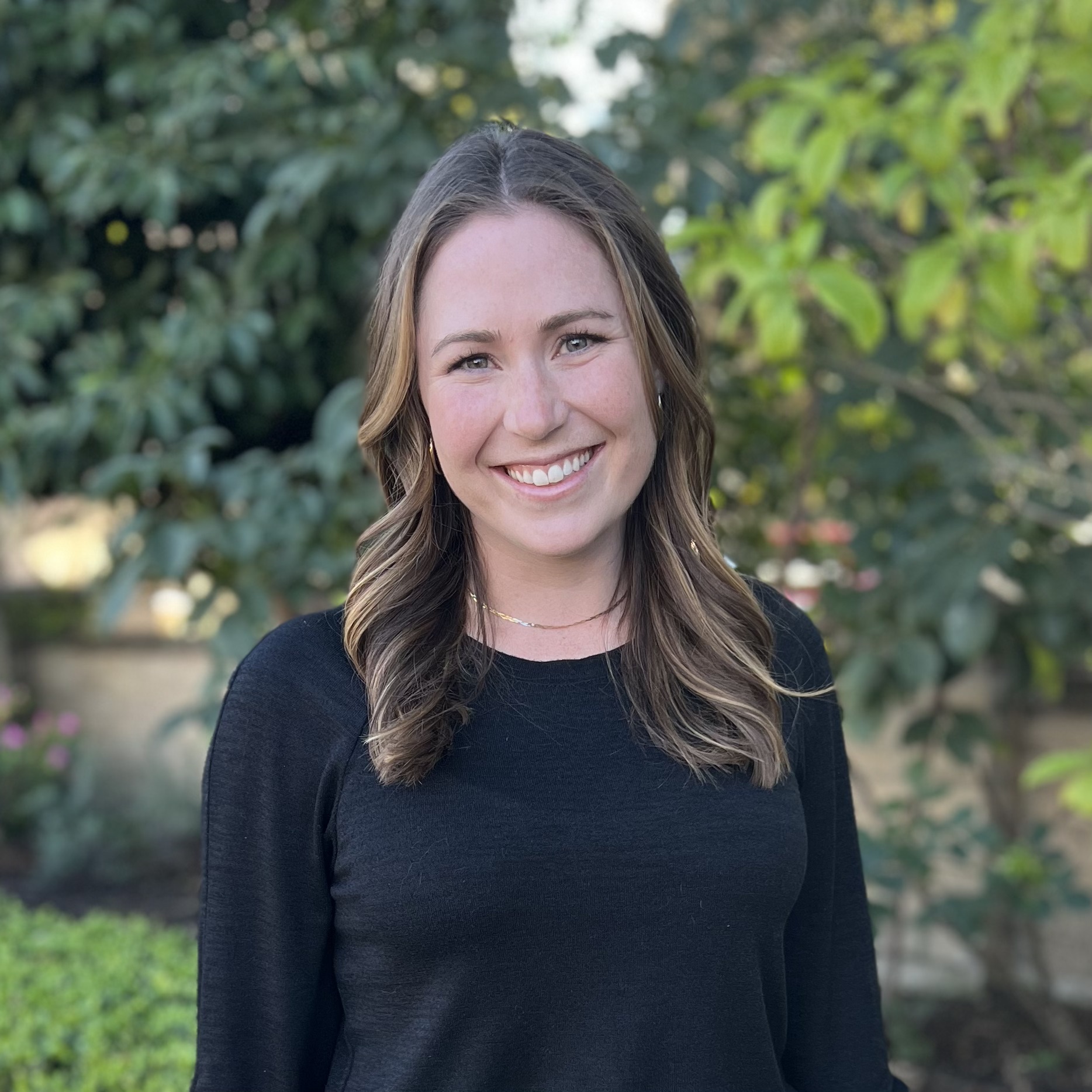 Amanda Berry is passionate about improving social determinants of health through policy and advocacy. She is a Policy Advisor for San Diego County Supervisor Terra Lawson-Remer and advises on Health and Human Services, Public Safety, Food Systems, and Boards and Commissions. Before moving to San Diego in 2018, Amanda worked for UC Davis to bridge research to policy for mental health in California and continues this work as a consultant for research communications and project management. As the Treasurer of the Public Health Social Work section of the American Public Health Association, Amanda promotes integration and intersectionality as the key to healthy communities. Amanda’s interest in the intersection of health and housing began while she worked as a realtor and continued in her academic research on opioid use disorder treatment for people experiencing homelessness.

A strong advocate for underserved populations and implementation of best practices, Amanda combines analytical thought and compassionate leadership to drive change in her community. Originally from the bay area, Amanda holds a BS in Biopsychology from UC Santa Barbara, and masters degrees in public health and social work from San Diego State University. When not working, Amanda can be found on a hiking trail, in the ocean, or at a local event with friends. She is a member of the 2022 SDLA Cohort.

Executive Assistant to the Chair of Medicine, UC San Diego

Margaret Rattanachane is the Executive Assistant to the Chair of Medicine at UC San Diego. She is passionate about connecting people with a vision for an inclusive future. Margaret is the co-chair of the Pan Asian Staff Association, chair of the UCSD API Alumni Council and recent graduate of the Leaders for Equity Advance and Diversity Fellowship Program. In these roles, she brings together professionals from different backgrounds to network and build on collective wisdom. Margaret is a dedicated fundraiser for student scholarships. She was the inaugural UCSD Staff Chair for the Faculty and Staff Giving Council. She is also an affiliate member of the Asian Solidarity Collective and APAPA San Diego Chapter. 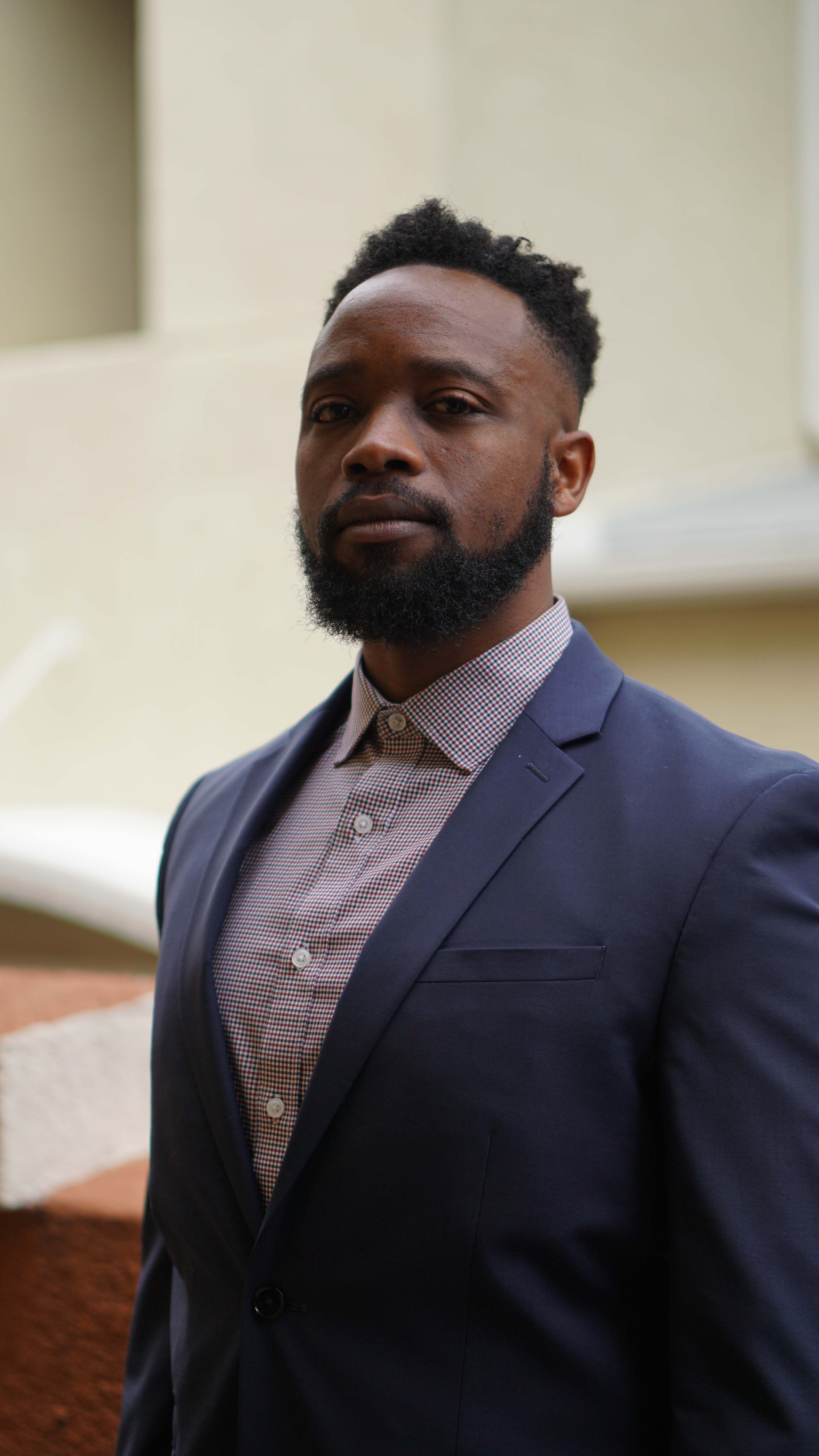 Dike Anyiwo is a first-generation American born and raised in Southern California. Dike attended UC Riverside where he studied Business Economics. After relocating to San Diego in 2012, Dike worked in community relations and human resources roles, before transitioning to marketing, then public relations, public policy and now as a Senior Government Relations Analyst at SANDAG.

An active member of his community, Dike joined the Midway-Pacific Highway Community Planning Board in October 2018 and was subsequently selected by his peers as the group’s representative at the Community Planners Committee. 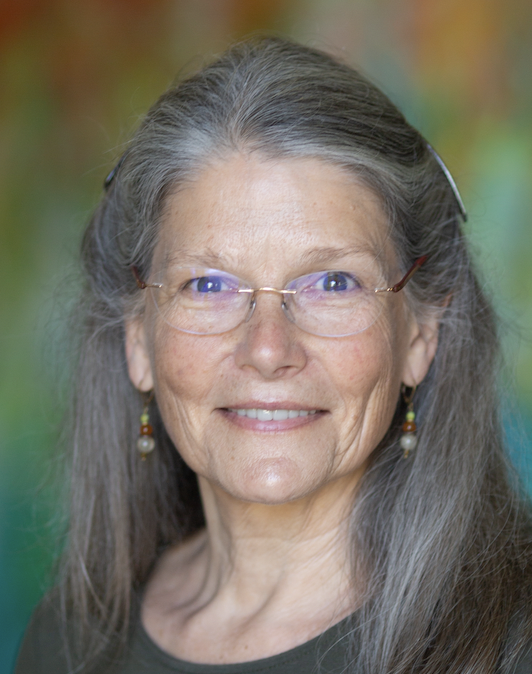 Nancy O’Sullivan is a nonprofit specialist and writer with a commitment to creativity, inclusion and integrity. She holds a masters degree in Nonprofit Leadership and Management from the University of San Diego and a Bachelor of Arts from Reed College. Her professional experiences include program development, evaluation and management, fund development, and international education. She has worked in refugee services, community health and international education. 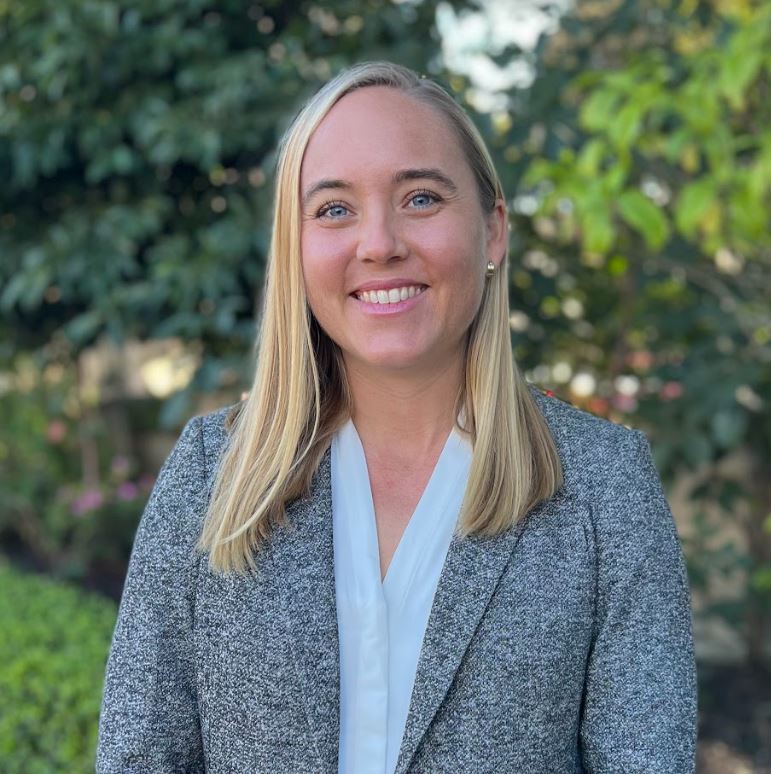 Prior to this, Brett spent time in various non-profit spaces and gained experience in social emotional development, restorative practices, play therapy, extended learning, school-based suicide prevention, qualitative research, and school social work administration. She is dedicated to serving others and is both a former City Year AmeriCorps Member and Peace Corps Youth Development Volunteer. Brett received both her Bachelor’s Degree in Psychology with a minor in Sociology, and Master’s Degree in Social Work with a focus in Administration and Community Development from San Diego State University. While working towards her MSW, Brett also obtained an Advanced Certificate in Social Work Administration, and upon graduation, she was awarded Student Leader of the Year.

Brett is passionate about creating progressive change and recently published a study in the Contemporary Justice Review titled “Confronting the Traditional System: a Qualitative Study on the Challenges to School Based Restorative Practices Policy Implementation”. She is a co-founder of the community organizing group, Social Workers for Equity and Leadership, and is a graduate of the Mid City CAN Resident Leadership Academy. In her free time, Brett enjoys going to the beach, doing yoga, and traveling. 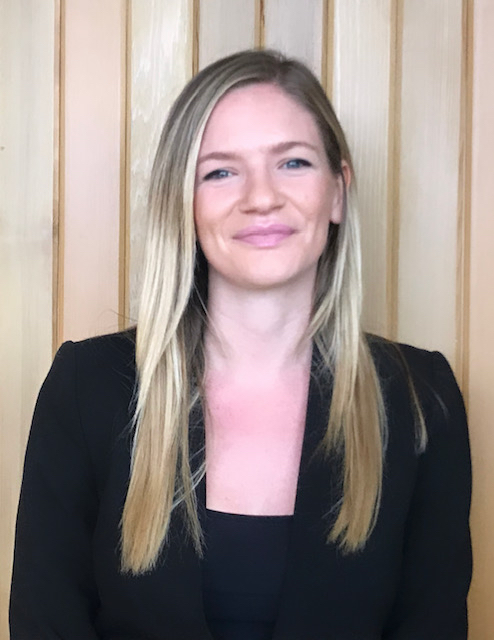 Christie Davis is a Business Development Manager for Project HOPE, a global health and humanitarian relief nonprofit and NGO. In this role, she works to acquire and expand public sector and large foundation funding for global health programs in the areas of disasters and health crises; infectious diseases; noncommunicable diseases; maternal, neonatal and child health; and health policy. Prior to joining Project HOPE, she was a Senior Proposal Manager for a specialty healthcare and fitness company, handling business development and Requests for Proposals with a focus on providing and expanding programs to Medicare and Special Needs populations.

She is the former President of the Pacific Beach Democratic Club and was previously a member of the San Diego County Democratic Party Central Committee and Metro West Caucus. She is an SDLA Institute Fellow for the year 2020, and has served on the Alumni, Membership, Programming & Development (AMPD) Committee for SDLA since 2021. She holds a bachelor’s degree in Political Science with a minor in History from the University of Colorado Boulder.

Christie grew up in a small town on the front range of Colorado. Post-college, she relocated to San Diego and ultimately decided to make this city her home. She is passionate about policy advocacy and community service, and spends much of her free time volunteering for campaigns and candidates that align with her values. She also enjoys hot yoga, quality time with friends, surfing terribly, anything with caffeine, and tweeting too much.

Prior to her role at the Chamber, Lauren was the Director of Scheduling and Administration for Mayor Todd Gloria and previously served as the Confidential Executive Assistant to the Chief of Staff in the Gloria Administration. She has 7 years of experience working in and around politics and a proven history of advocacy, fundraising, and campaign organizing. In 2022, she is supporting candidates in the City of La Mesa and in 2020 she helped elect now-Council President Sean Elo-Rivera and Mayor Todd Gloria for San Diego, and now Vice-Mayor Colin Parent for La Mesa. Outside of government & politics, Lauren was the National Program Manager for WIT: Whatever it Takes! a non-profit focused on youth entrepreneurship and a Guest Professor at the UC San Diego Extension.

During her free time, you can find Lauren petsitting, coordinating weddings, or engaging with various political clubs and organizations. She is a member of Democrats for Equality, YIMBY Democrats of San Diego County, League of Women Voters San Diego, the Public Leadership Education Network, and Vice Chair of the Normal Heights United Staff Parish Relations Committee in addition to the San Diego Leadership Alliance Board. 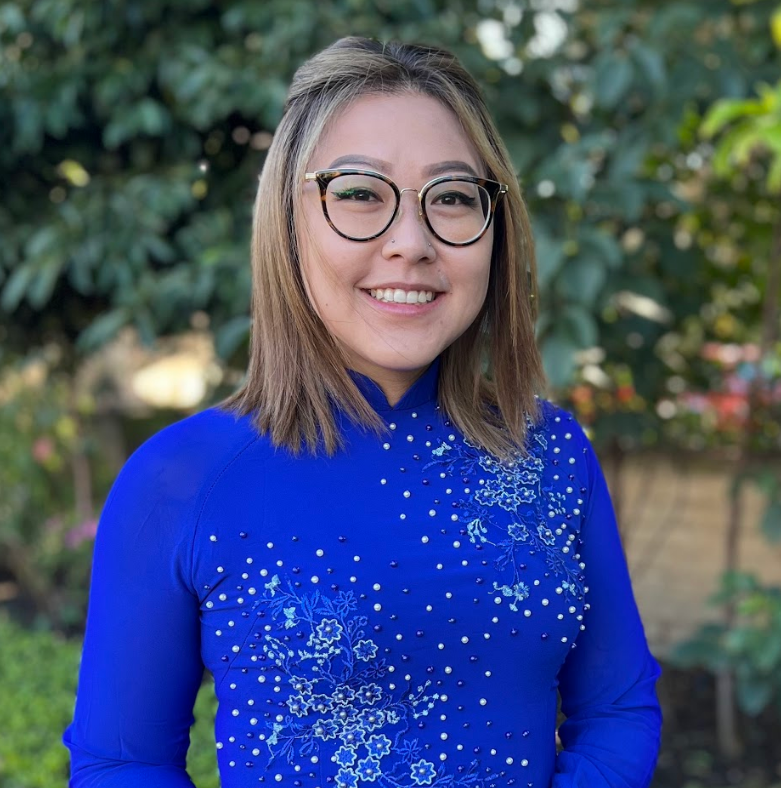 Emily Tran is a licensed LVN and RCFE administrator since 2012. Their passion for advocating for older adults and their care is one of many driving forces that motivates them to be involved in progressive spaces. Their Vietnamese-American heritage is an evolving identity of theirs that influences their perspective on issues relating to inequality, community building, and civic duty.

Emily moved to San Diego in 2017 and immediately became involved with the San Diego LGBT Center’s Young Professionals Council (YPC). A professional development program that helps local LGBTQ+ and allies network with each other, and teaches its members about local LGBT social justice movements. In 2019, the advocacy and experience with older adults were acknowledged by the Mayor of Chula Vista, Mary Salas, where Emily was sworn in as an official member of the Commission on Aging in Chula Vista, California. In 2021, Emily was nominated by their colleagues to be the Chair of the Commission to the present time. Another organization that Emily is an active member of is Viet Vote SD, a local non-profit dedicated to advancing civic participation in the local Vietnamese-American community. They do advocacy work with the community and in collaboration with other community-based non-profits.

Emily is an undergraduate at San Diego State University majoring in Gerontology and minoring in Asian Studies. They are involved with SDSU’s Social Policy Institute as an intern where they are a part of the “Age-Friendly” conversation happening both on campus and off. Upon completing their undergraduate studies, Emily plans to pursue a Master’s in Public Health and Policy. They aim to be a part of conversations revolving around senior services, access to those services, and creating inclusive policies that center around a culturally sensitive approach for all members of the aging space, including those from the disabled community. 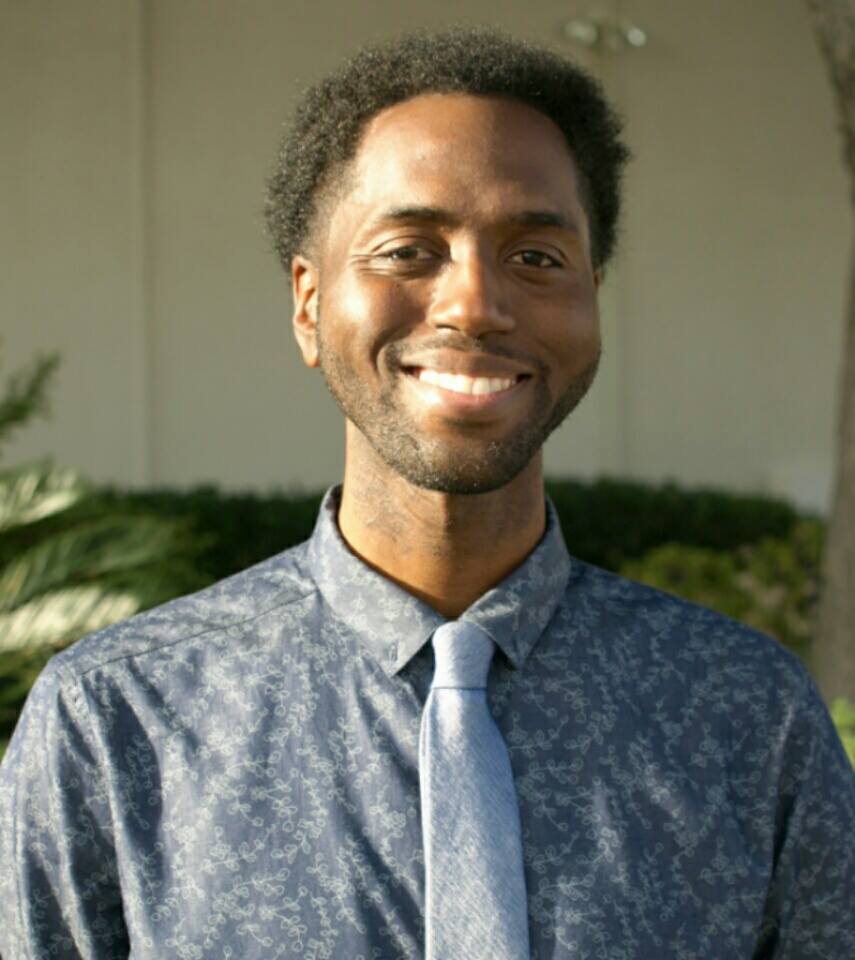