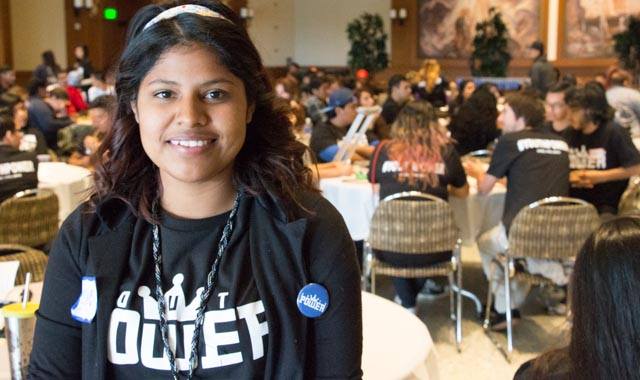 Her prior experience includes working as a Legislative Intern at Senator Dianne Feinstein’s San Diego office as well as working as a Graduate Coordinator for [email protected], an organization dedicated to promoting the safety and well-being of LGBTQ students, faculty, and staff at San Diego State University through sensitivity trainings and educational programming.