What It Means To Be Progressive 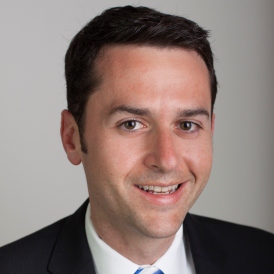 The San Diego Leadership Alliance (SDLA) is a progressive organization. It turns out “progressive” isn’t an easy term to define.

To better communicate our principles, the SDLA board adopted a values statement, defining what progressive means for us.

Over the first few years of our existence, we periodically considered defining progressive for ourselves. Time and again, the process of crafting a palatable definition for everyone, and building an internal consensus, was deferred in favor of something deliberately and usefully ambiguous.

As the SDLA matured, it became increasingly clear that we needed a more concrete definition of what progressive meant to us. A set of values can be an important tool to guide decisions of an organization. Our statement would make clear to stakeholders and potential applicants, what sort of people we were looking to recruit and train.

A committee of our board set out to research definitions of progressivism, and to our surprise, there weren’t a lot of them.

Attempts to define what it means to be a progressive cover a lot of ground. Some are about pragmatism, others focus on reform or humanism, and frankly, many of them are nearly a laundry list of policy goals.

It is possible to imagine progressives, and conservatives too, as a coalition of individuals with their pet issues, only loosely affiliated across the political spectrum. Under that conception, a laundry list provides enough space to include a little something for everyone.

But a laundry list is unwieldy. For one, there is an inevitable tension about what to include, and what to leave out. Moreover, would someone be defined as “not a progressive,” if they didn’t equally value all of these individual issues? The idea of a list also assumes that there are not common underlying concepts that unite progressives and their policy preferences.

The most significant attempt to define progressive ideals, the American Values Project, brought a coalition of leading progressive stakeholders to articulate a shared vision. The result was a document more than 100 pages long. For our purposes, that lacked a necessary elegance. And it confirmed what we already suspected – this wasn’t an easy task.

While we found the prior attempts at a definition unsatisfying, we discovered a variety of reoccurring themes. From them, we were able to draw some common values that we think articulate a progressive view.

The first was a principle of shared success. Progressives aren’t concerned about just the individual, or the elite few. We believe that society should be structured to benefit everyone.

The second principle is of the potential for government to do good. Progressives think that the state has a role to play in creating positive outcomes. This is a clear difference from other worldviews, which often see government as either a hindrance, or a necessary evil.

Recognizing these themes, we put together our own definition of what it means to be a progressive. Given how complicated this process was for us, we understand that this definition may not capture every facet of every self-identified progressive’s values. It might not be everyone’s vision, but it’s ours.

Those necessary caveats aside, I’m pretty proud of our work. I think the statement is a useful addition to the dialogue about what it means to be a progressive. And I daresay it is among the most coherent and concise statements out there.

The San Diego Leadership Alliance’s progressive values statement is on our “about page,” and it’s reproduced here again for your review: